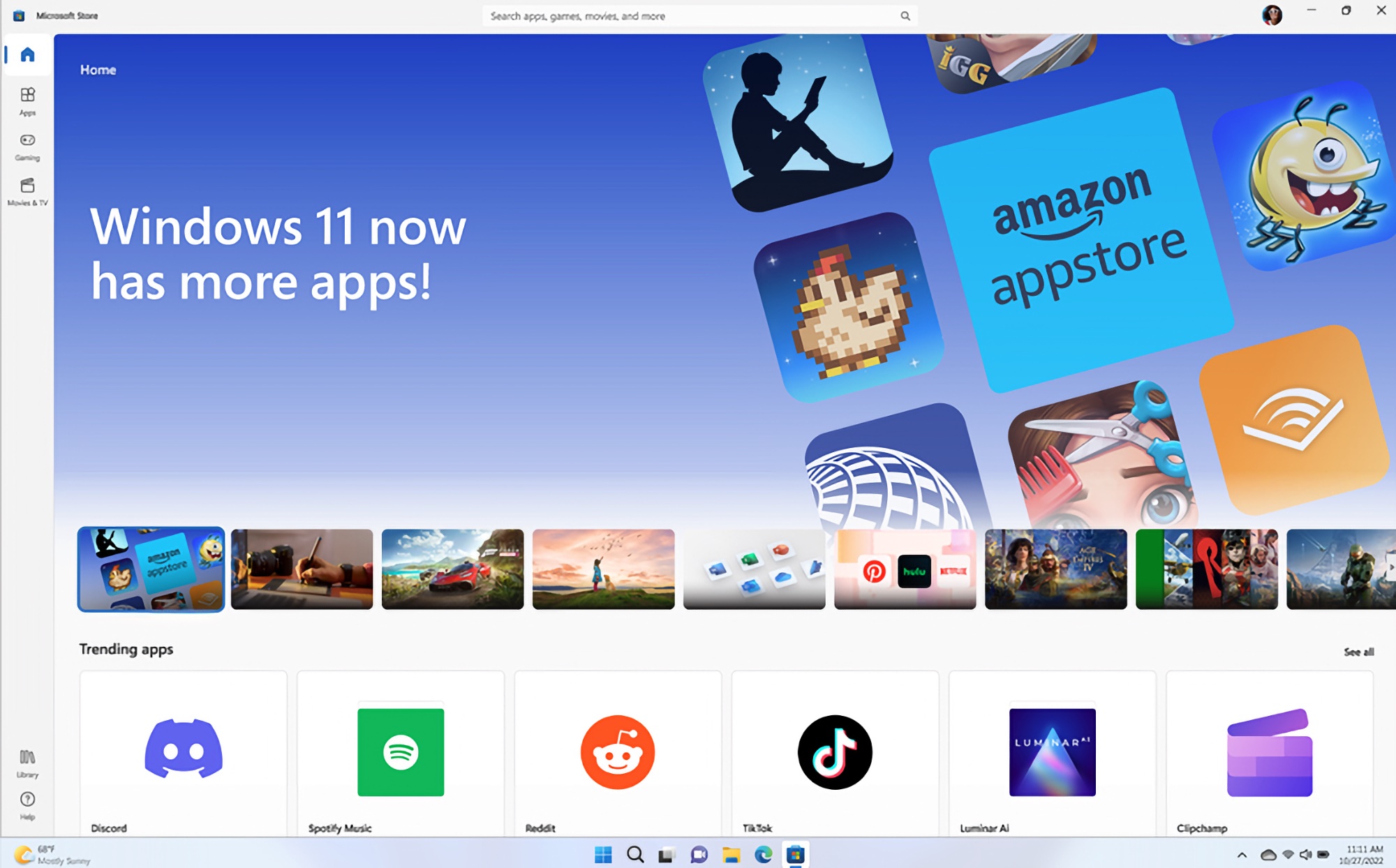 By Ryan Daws | 21st October 2022 | TechForge Media
Categories: Android, App Stores, Platforms, Windows,
Ryan is a senior editor at TechForge Media with over a decade of experience covering the latest technology and interviewing leading industry figures. He can often be sighted at tech conferences with a strong coffee in one hand and a laptop in the other. If it's geeky, he’s probably into it. Find him on Twitter: @Gadget_Ry

Microsoft is making good on its promise to fully support Android apps on Windows.

Following the demise of Windows Phone, Microsoft has put its weight behind Android. The company adopted Google’s OS for its Surface Phone and said that Android apps will run on Windows 11 as if they were native.

In reality, Android app support on Windows has been limited in functionality and limited to Windows Insiders in some markets. However, as of this week, Windows Subsystem for Android (WSA) is entering its stable phase.

WSA is now rolling out to everyone in 31 markets. Users no longer have to be a Windows Insider and can access over 50,000 Android apps that are available via the Amazon Appstore.

“Through our partnership with Amazon, you can now access Android apps and games from the Amazon Appstore, generally available in 31 countries, including Australia, Canada, France, Germany, Italy, Japan, Spain, United Kingdom, United States and more.

With over 50,000 titles to choose from, it’s easy to discover and download your favorite apps and games on your Windows device, such as Project Makeover, Evony: The King’s Return, Coin Master, Kindle, Audible, FlipaClip, Lutron and so many more.

Enabled by Windows Subsystem for Android, developers now have even more ways to bring their apps and games to Windows.“

Windows 11 is estimated to have around 500 million active monthly users (and growing as more of the around one billion Windows 10 users upgrade.)

The built-in support for Android apps removes the need for users to download emulators and increases the potential audience size for developers.

Current limitations with the stable WSA release include no support for PiP (Picture-in-Picture), USB, direct Bluetooth access, or hardware DRM.

The GitHub repo for WSA lists Android 13, file transfer, shortcuts, PiP, and local network access by default as being on the future roadmap.