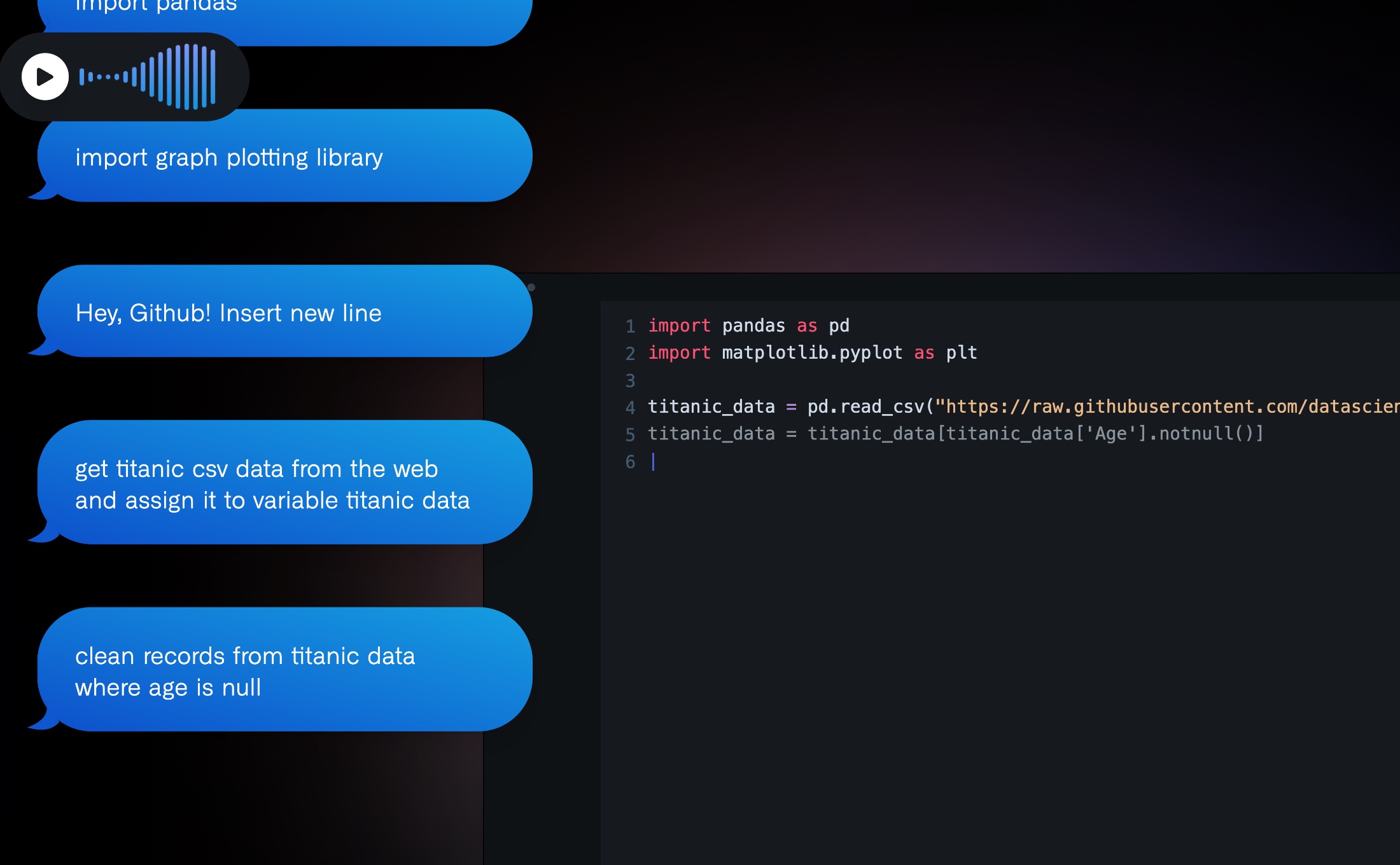 By Ryan Daws | 10th November 2022 | TechForge Media
Categories: Development Tools, Git, IDE, Platforms,
Ryan is a senior editor at TechForge Media with over a decade of experience covering the latest technology and interviewing leading industry figures. He can often be sighted at tech conferences with a strong coffee in one hand and a laptop in the other. If it's geeky, he’s probably into it. Find him on Twitter: @Gadget_Ry

A new GitHub Copilot feature will enable developers to code using their voice.

Copilot was introduced last year and uses AI to help speed up mundane coding tasks by suggesting how to complete lines.

Behind the Copilot feature is an AI model developed by OpenAI called Codex. OpenAI claims that Codex has a broad knowledge of how people use code and is “significantly more capable than GPT-3” in generating code.

Microsoft-owned GitHub announced at its annual conference this week an experimental feature that pairs Copilot with natural language recognition. The result is that developers can request code snippets, or summarise what a section of code does, using just their voice.

Like most other voice assistants, a wake word (“Hey, GitHub”) will activate the feature. Beyond requesting code, developers can also use the feature to perform other tasks like going to specific lines or controlling the IDE.

Copilot’s voice feature currently only works with Visual Studio Code, but GitHub plans to expand support in the future.

Microsoft and OpenAI have found themselves in hot water over Copilot. A class-action lawsuit was launched against the companies this week to determine whether the feature infringes on the rights of developers by scraping their code and not providing due attribution.

“Users currently have no methods besides serendipity and educated guesses to know whether Copilot’s output is copyrighted by someone else.”

While Copilot is currently only useful for completing lines of code – similar to Gmail’s Smart Compose – Microsoft has touted that the feature will improve to suggest much larger blocks, like the entire body of a function.

Copilot is available with a 60-day trial, after which it costs $10/month or $100/year. A waitlist is currently in effect for the new voice feature.