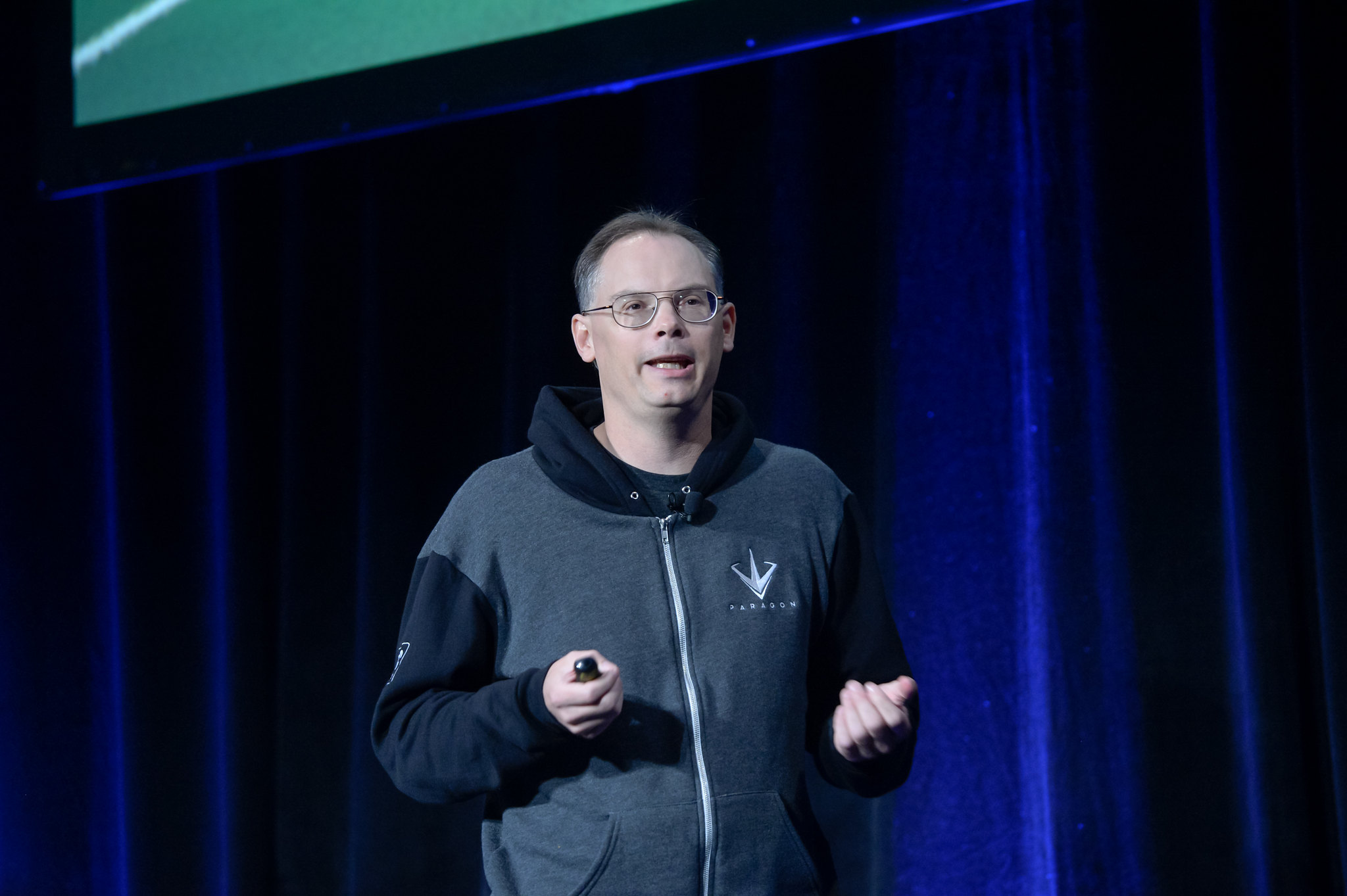 By Ryan Daws | 26th May 2022 | TechForge Media
Categories: App Stores, iOS, Metaverse, Platforms,
Ryan is a senior editor at TechForge Media with over a decade of experience covering the latest technology and interviewing leading industry figures. He can often be sighted at tech conferences with a strong coffee in one hand and a laptop in the other. If it's geeky, he’s probably into it. Find him on Twitter: @Gadget_Ry

While Google has faced similar criticisms, its relatively open approach – allowing for sideloading and installing third-party app stores – has enabled Apple’s biggest rival to avoid the same degree of scrutiny.

“They prevent all other app stores from competing with them on hardware that’s owned by a billion end users,” explained Sweeney. “That’s the first tie and that completely obstructs all competition and market forces that would shape better app stores and better deals for consumers.”

Executives from Apple’s old rival, Microsoft, have even weighed in with their own experience of being accused of running a monopoly in the company’s heyday.

Microsoft President Brad Smith told a US House antitrust committee in 2020 that the App Store impedes competition far more than Microsoft did all those years ago. Smith also agreed with the assessment of Congressman David Cicilline who called the 30 percent cut taken by Apple “highway robbery”.

That same year, Basecamp CEO Jason Fried penned a letter over Apple’s rejection of his company’s email app called Hey. In his letter, Fried said he mostly has a problem with the “absence of choice and how Apple forcibly inserts themselves between [the] company and [its] customer”.

Apple has sought to ease concerns around the large cut it takes of developers’ profits (in 2021, Apple was estimated to have generated $85.1 billion in gross app revenue globally) by introducing the Small Business Program.

Under the Small Business Program, developers earning under $1 million for their apps per calendar year – which is the vast majority – will be able to keep more of their profits. Apple will take a 15 percent cut from developers eligible for the program.

However, Apple preventing the use of external payment processors still means that developers have to give up 15 percent of their profits—which many believe remains disproportionate.

For comparison, here are the cuts taken by third-party payment processing services:

Apple differs from those services in helping to promote apps and offering hosting services. That warrants a higher cut, but not 5-7x more.

Some regulators have begun stepping in to force Apple to allow third-party processing services.

For example, the Netherlands’ Authority for Consumers and Markets (ACM) recently ordered Apple to allow dating apps in the country to use alternative payment systems. Japan’s Fair Trade Commission agreed to close its App Store investigation in return for Apple supporting external payment systems but it was limited to just “reader” apps like Spotify, Netflix, and others.

Apple has vowed to continue taking a commission from transactions away from its own payment system.

Sweeney, as you’d expect from the CEO of the game studio behind Fortnite and the Unreal Engine, is excited about the metaverse. However, he’s concerned that “the current monopolies will use their power the become the next monopolies”.

Currently, Sweeney sees Meta as an ally. He’s pleased with the investments they’re making and – while having some concern about the 30 percent cut taken by the Oculus Store – praises the fact it allows sideloading and third-party stores. He also appreciates that Meta contributing “to standards and practices that lead towards an open metaverse.”

Of course, things can change. Facebook was one of the centralised web 2.0 giants that has led to the appetite for web 3.0 to return control and content ownership to both developers and users and resist creeping digital authoritarianism.