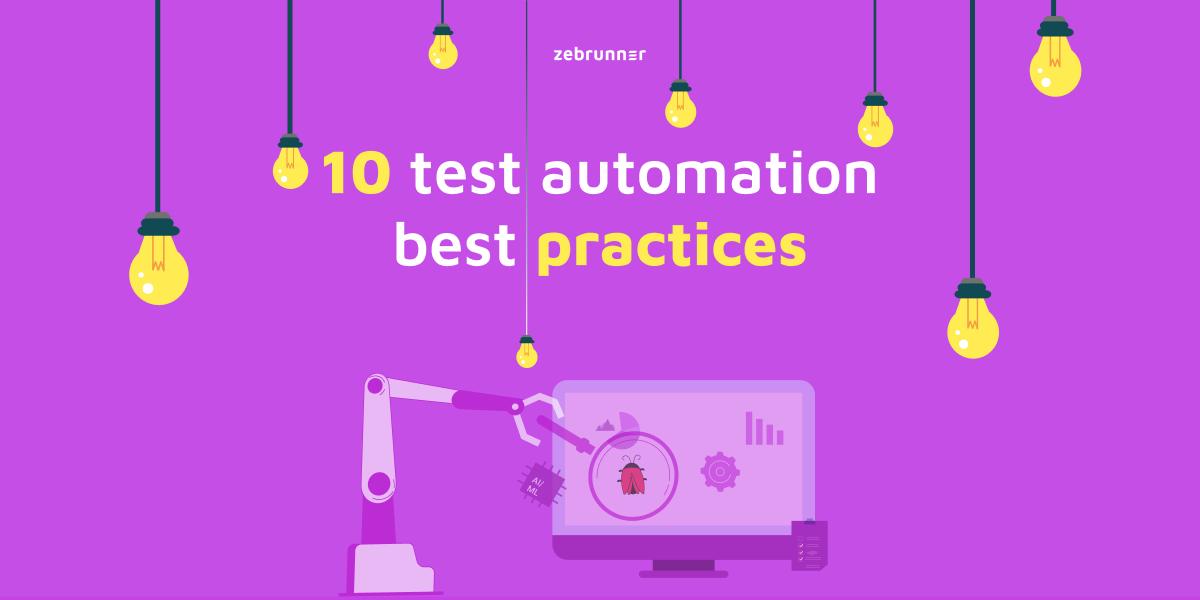 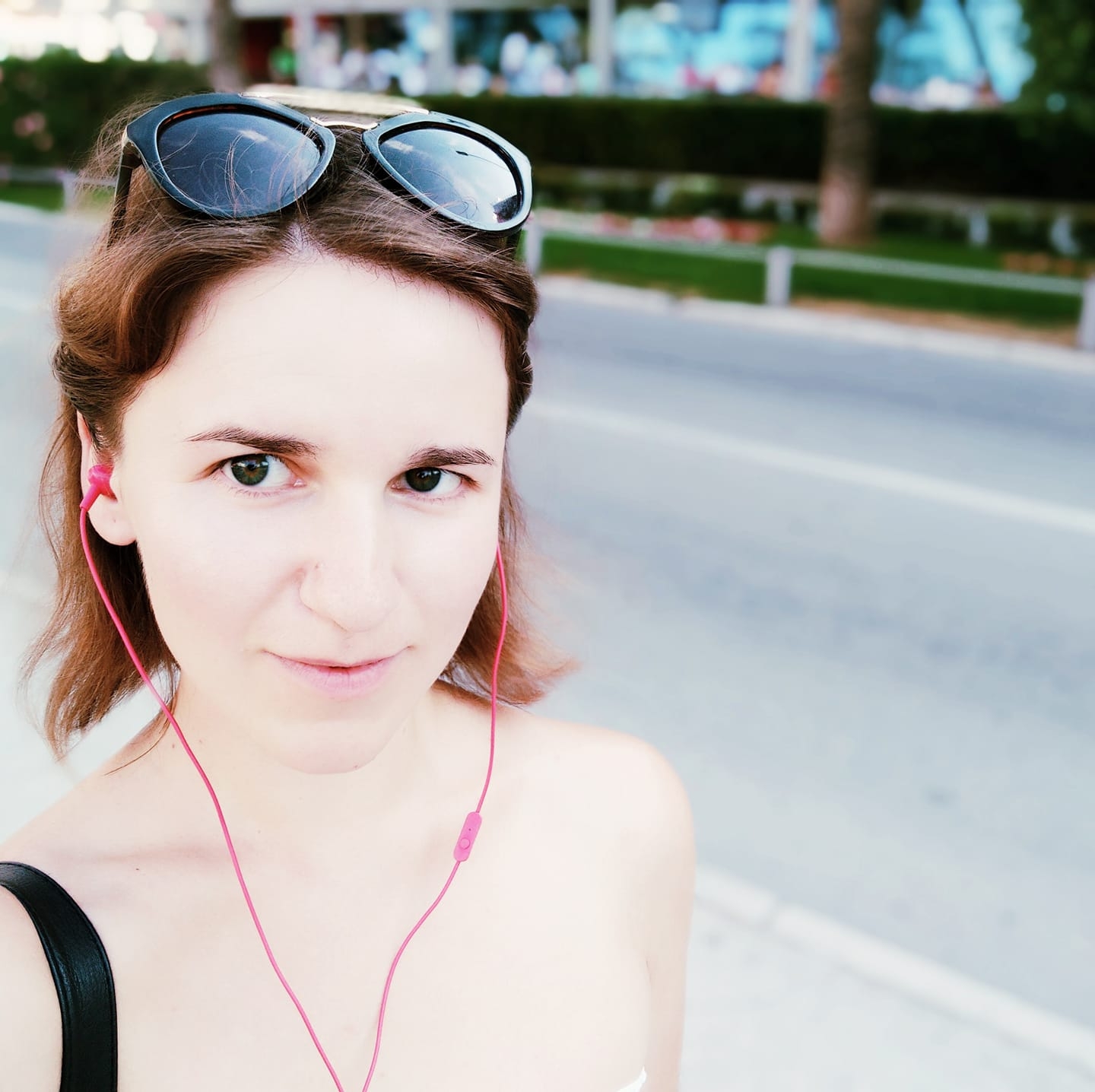 By Nadezhda Yushkevich | 31st August 2022 | Zebrunner https://zebrunner.com
Categories: Development Tools,
Nadezhda Yushkevich is an IT journalist for the global software engineering company Zebrunner. She is interested in practices, trends, and approaches in the test automation area. Nadezhda’s portfolio includes more than 70 articles and interviews with company founders, investors, and experts.

Have you tried eating nuts in the shell? If yes, I guess it was not a very successful experience. Although everyone knows that nuts are very healthy and nutritious. Paradoxically, many companies implement test automation without looking at the nuances. Everyone knows that it is good for business (just like nuts for our body!). However, if you do not follow certain approaches, you can lose some of the benefits of automation. To avoid this, we have collected 10 best practices for test automation.

Everything is good in moderation. Automation included. Many tests are performed only manually and there is no point in automating them for several reasons. Firstly, scripts cannot always simulate human behavior and human reactions. Secondly, if the test is planned to be run only once, there is no point in writing an automated script for it.

At the same time, some tests are ideal for automation, and here is a list:

Regression tests are tests that are carried out after adding new functionality. These tests aim to check whether existing functions work correctly. Regression tests are repeated, so it is convenient to automate them and run them over and over again. Experienced QA automation engineers advise adding in regression test suite smoke tests, sanity tests, and test cases for finding defects in previous test cycles.

End-to-end (E2E) testing ensures that the application behaves according to the requirements and works correctly with all kinds of user tasks. This type of testing is based on the end users’ perspective and simulates their interaction with the application in real-world conditions. E2E testing speeds up release time as you automate critical user journeys, find bugs quickly and fix them immediately.

Collective ownership gives rise to collective responsibility. You avoid a situation where one person is responsible for creating scripts, running tests, and maintaining them. The described scenario slows down the work of the team and does not allow you to quickly make changes to the code. In addition, when all automation is tied to one team member, there is a high risk that all processes will completely pause if a person, for example, falls ill or quits the company suddenly.

The success of test automation in any particular organization depends on how well the QA team works. When each of its members is aware of the current stage of testing on the project, they make their contribution to the process. Moreover, sharing test scripts allows the most qualified QA engineers to share their knowledge and skills with other colleagues. In addition, collective work on automated tests ensures that the testing process is transparent and that all stakeholders are aware of its status.

Practice №5. Plan in detail all processes related to testing

Successful automation is impossible without a strategy, and at the heart of any strategy is planning. Plan which tests and how many times will be run at each stage of development. Plan to fix not only failed tests but also the root causes of failures. Plan retrospectives meetings that allow the team to understand the essence of the mistakes made and prevent them in the future.

Practice №6. Choose the automation tools that suit your needs

Test automation management tools directly affect the quality of the entire automation process. The toolset that QA teams use in their work includes software for writing test scripts, running tests, preparing reports, analytics, tracking and fixing bugs, and tools for team communication. All of them should integrate well with each other and work smoothly without introducing confusion into the process.

The most convenient option in terms of organizing the entire testing process is the test automation management platform. Among the most famous platforms are Katalon, LambdaTest, Perfecto, Zebrunner, and others.

Don’t forget to set metrics for expected outcomes: what types of tests you plan to automate, how much time you plan to spend writing scripts, running tests, fixing bugs, and retesting, and what test coverage you expect, how many hours you allocate to automation, and what an approximate budget. After several sprints, compare the expected results with the real ones and analyze the discrepancies. This will allow you to understand where your automation efforts are effective, and where you have not yet achieved the expected results. At the next stage of the project, adjust your testing strategy to achieve maximum efficiency.

Mobile and desktop applications can be tested on real and virtual devices. Both approaches have their pros and cons.

The advantages of testing on virtual devices are that it is free and available to all companies, and is also suitable for functional testing. As for the disadvantages, the most significant ones are the inability to emulate real-time data. You will not be able to test through virtual devices how the application will be affected by low battery, poor network quality, GPS, and interaction with various sensors and widgets.

Testing on real devices solves this problem: you can test your product on the devices that your end-user has and fix all bugs in time. The disadvantage of real device testing is the high cost. You need to either buy all the necessary devices and then regularly spend money on their maintenance or rent devices in special device farms. The latter option is more sustainable because it allows you to pay only for the time of using a particular device and not think about the cost of maintaining it.

We recommend testing the application both on virtual and real devices. This ensures maximum product quality and a rational approach to the project budget.

The sooner you start testing, the sooner you find critical bugs, and the more time you have to effectively eliminate them. With each new sprint, you test new functionality, and its interaction with the entire application, pay attention to the usability of the user interface and eliminate all possible problems in the application. Another benefit of early testing is that the earlier a bug is found, the easier it is to fix. Ultimately, this saves project time and money.

Practice №10. Maintain all tests up to date

With automation, you achieve the highest possible test coverage. However, flaky and outdated tests reduce this advantage to zero. Weak tests give false positive and false negative results, increase the time for analysis and elimination of errors and lead to the release of the application of inadequate quality. Outdated tests do not cover new functionality and, accordingly, miss bugs, which also reflects badly on the quality of the product.

Experienced QA engineers advise, firstly, to remove unstable tests from regression packages. Secondly, you need to plan the process of running any tests and make sure that each test in the suite is up to date.

Editor’s note: This article is in association with Zebrunner.