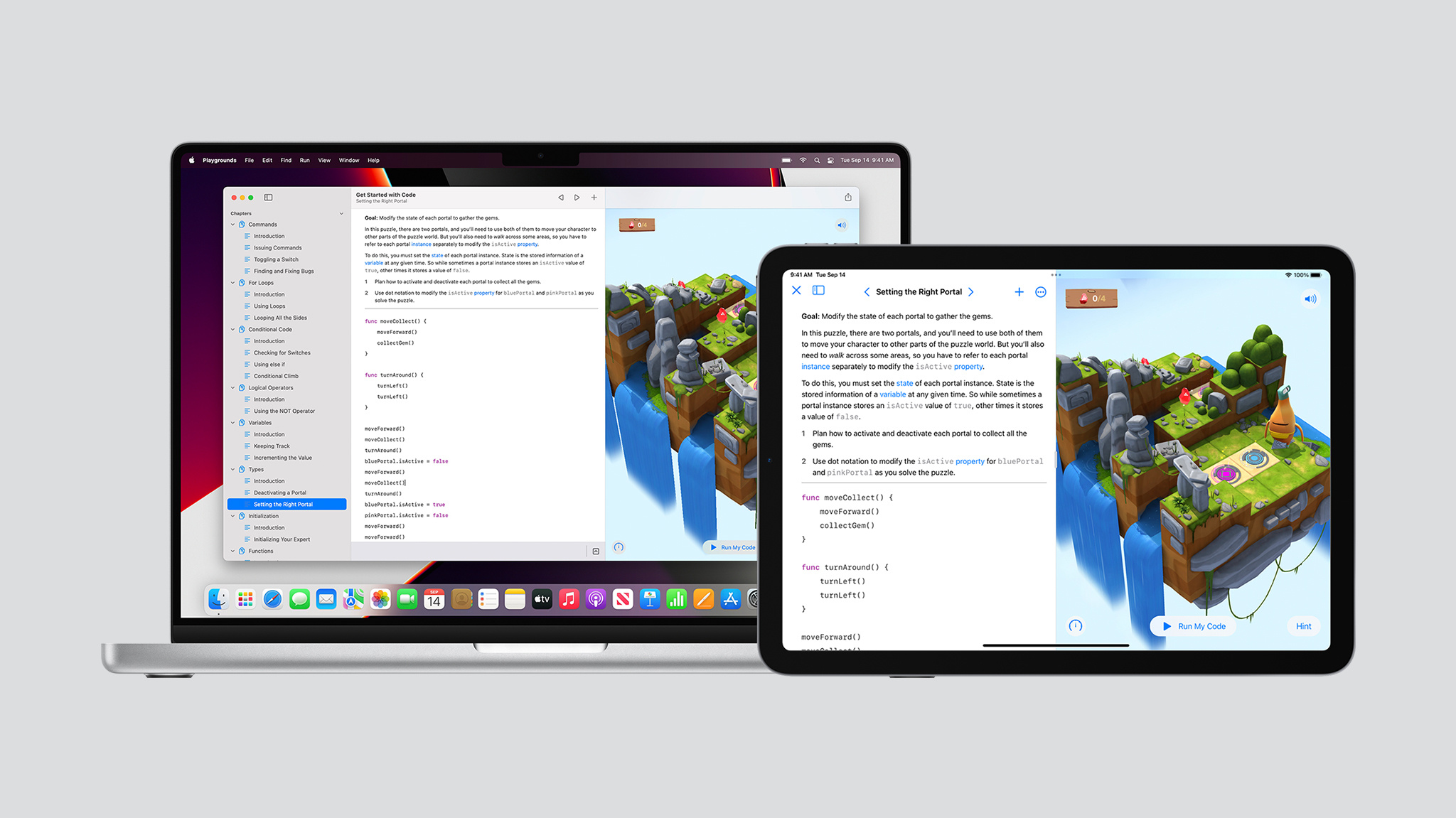 By Ryan Daws | 17th December 2021 | TechForge Media
Categories: Development Tools, iOS, Languages, Platforms, Swift,
Ryan is a senior editor at TechForge Media with over a decade of experience covering the latest technology and interviewing leading industry figures. He can often be sighted at tech conferences with a strong coffee in one hand and a laptop in the other. If it's geeky, he’s probably into it. Find him on Twitter: @Gadget_Ry

Swift Playgrounds was initially released in 2016 as an educational tool and development environment for Apple’s latest native programming language, which was released a couple of years prior.

The iPad version of Swift Playgrounds arrived first before a macOS version was released last year. However, a Mac has always been required to actually publish an app.

Apple is increasingly touting the iPad as being a laptop replacement for many users and is backing it up with iPadOS enhancements, such as adding proper support for cursors in 2020 and greatly improving multitasking this year.

Swift Playgrounds 4.0 helps to make that pitch easier for Apple, with the company now able to say developers can go through the entire process of developing and publishing apps using just their iPad.

“Swift Playgrounds is a great way to learn to code right on a Mac or iPad. With Swift Playgrounds 4, coming later this year, users will be able to create the visual design of an app with SwiftUI,” said Apple when announcing the update back in summer.

“App projects can be opened and edited in Swift Playgrounds or in Xcode, and when they’re ready, users can build a real app and submit it directly to the App Store right from their iPad.”

Here are the official release notes:

Users are still required to become registered Apple developers to submit their apps and will go through the same approval process before they go live on the App Store.

In a SlashData report, Swift was in ninth place for community size—just behind Android counterpart Kotlin. Both remain multitudes behind the more established languages:

Apple is sure to be hoping Swift Playgrounds will help to boost adoption of the language.