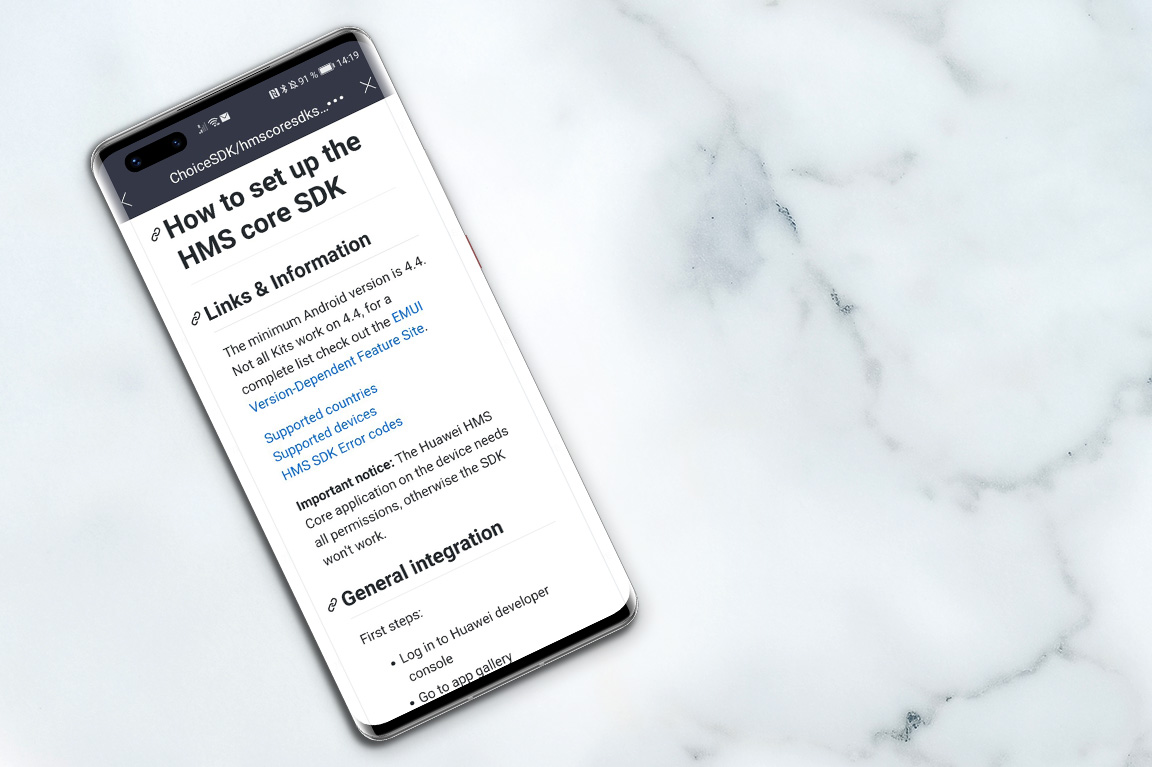 By Ryan Daws | 14th April 2021 | TechForge Media
Categories: Android, App Stores, Development Tools, Open Source, Platforms,
Ryan is a senior editor at TechForge Media with over a decade of experience covering the latest technology and interviewing leading industry figures. He can often be sighted at tech conferences with a strong coffee in one hand and a laptop in the other. If it's geeky, he’s probably into it. Find him on Twitter (@Gadget_Ry) or Mastodon (@gadgetry@techhub.social)

The open-source solution is called the Choice SDK and aims to save developers time and cost in converting their existing apps which use GMS and Firebase frameworks to be usable in Huawei’s ecosystem.

“Businesses across Europe would like to join AppGallery but think it may take a lot of resources. In Choice SDK we created a simple standalone switch that removes the complexity out of the development process and enables brands to quickly and cost-effectively adapt and port their apps.

We’re delighted to have helped leading international enterprises with their app implementations for Huawei’s HMS ecosystem – particularly in the finance and banking sector – and we hope to continue to support more European businesses by making it easier to publish their apps.”

Choice SDK was originally developed for Bluesource’s client Raiffeisen Bank to help the Austrian bank make its app available for Huawei’s users. Bluesource since decided to make the solution open-source to help developers adapt their apps more quickly and safely.

Other businesses that have already used the Choice SDK to adapt their apps include TV broadcaster ORF, Austria’s Postal Service, Aktionsfinder, and Austrian railway firm ÖBB.

“Open innovation is key and this is a great success story of collaboration and open-minded business. This solution will help developers around the world to adapt any GMS or Firebase related app for AppGallery.

I want to thank Bluesource for their dedication. We are proud that this solution is made in Austria and it is open-source now. This is free to use and easy to build in – for any kind of Android apps, worldwide.”

Huawei’s AppGallery has almost doubled its distributions over the past year—serving a total of 384.4 billion apps in 2020. The third-largest app marketplace now has 530 million monthly active users and has grown in Europe by 61.5 percent year-on-year to more than 42 million users.

The Choice SDK is available for download with documentation here: https://github.com/bluesource/ChoiceSDK