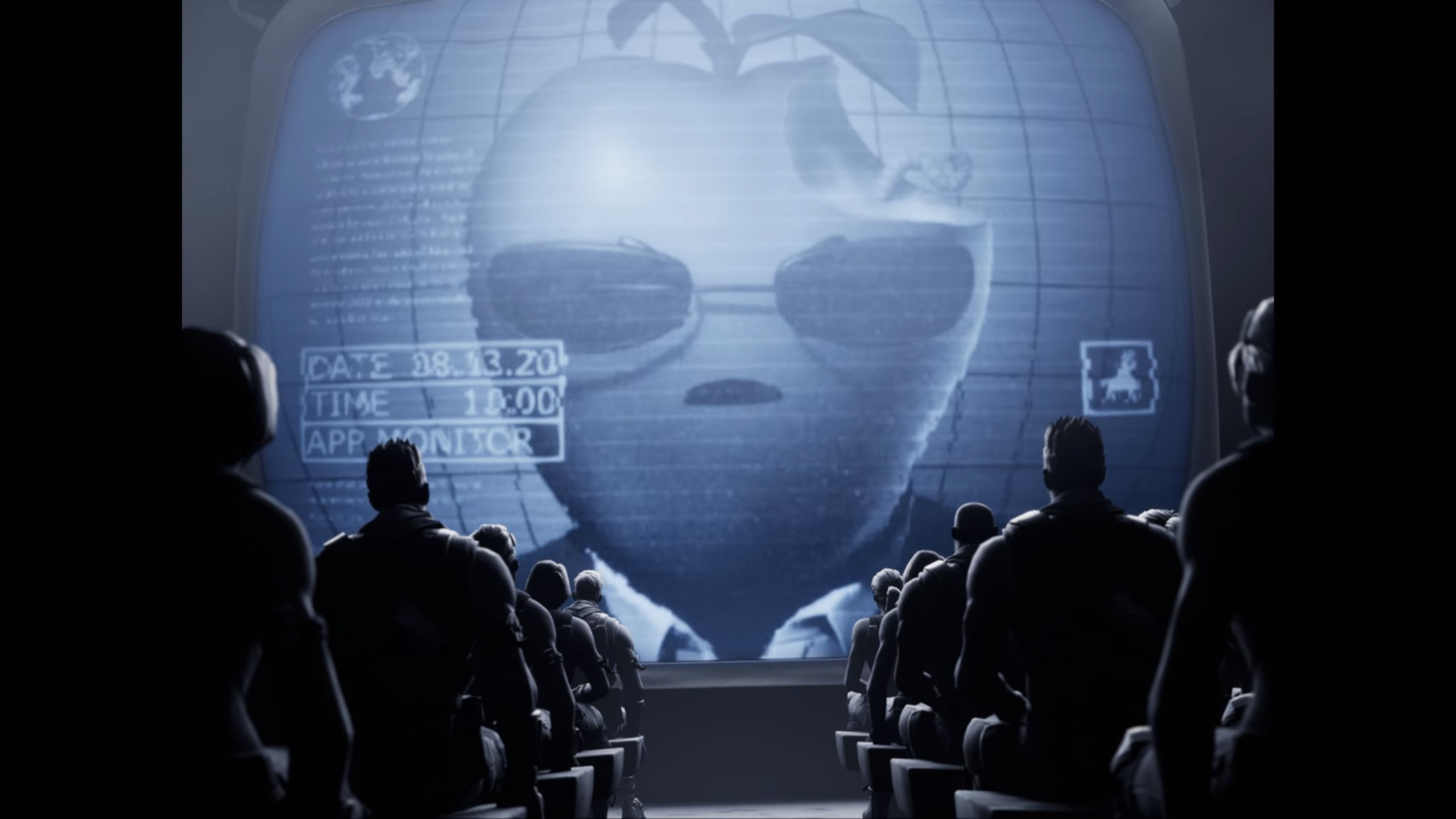 By Ryan Daws | 14th August 2020 | TechForge Media
Categories: App Stores, Developer, Gaming, iOS, Platforms,
Ryan is a senior editor at TechForge Media with over a decade of experience covering the latest technology and interviewing leading industry figures. He can often be sighted at tech conferences with a strong coffee in one hand and a laptop in the other. If it's geeky, he’s probably into it. Find him on Twitter (@Gadget_Ry) or Mastodon (@gadgetry@techhub.social)

Epic Games has released a 1984 (or “Nineteen-Eighty Fortnite”)-style parody of Apple’s own famous video after Fortnite was removed from the App Store.

Apple removed the hit game after Epic attempted to circumvent the App Store’s built-in payment systems. Not long after, Epic started the #FreeFortnite campaign and released this video:

Epic is among the increasing number of companies, developers, and even lawmakers that are critical of the 30 percent cut Apple takes on purchases.

“Epic believes that you have a right to save money thanks to using more efficient, new purchase options. Apple’s rules add a 30% tax on all of your purchases, and they punish game developers like us who offer direct payment options,” the company wrote in an FAQ.

While stores like Apple’s deserve some compensation for hosting and distributing wares, there’s growing consensus that a 30 percent cut is disproportionate to the work of the app or game’s creator. Epic is somewhat leading by example here with its Epic Store on PC taking a fairer 12 percent cut of sales.

A lawsuit has been launched by Epic in California against Apple for what it calls anti-competitive practices. Similar investigations (yes, plural) have been launched by the EU following complaints about Apple’s practices from developers such as Spotify.

Google has received the same criticism for the 30 percent cut which it takes for Play Store purchases, but the company has faced less allegations of running a monopoly as the company officially supports third-party app stores and direct distribution – which at least provides developers with choices.

In May, Basecamp CEO Jason Fried penned a letter over Apple’s rejection of his company’s email app called Hey. Fried said he has issues with the cut taken by Apple, but that he mostly has a problem with the “absence of choice and how Apple forcibly inserts themselves between [the] company and [its] customer”.

Hey was rejected because Basecamp, much like Fortnite, used its own billing system rather than Apple’s own.

In his letter, Fried wrote:

“The 30% rate is still highway robbery, as Congressman Cicilline recently said in an interview, but the fundamental problem for us is the lack of choice.

Apple, please just give your developers the choice! Let us bill our own customers through our own systems, so we can help them with extensions, refunds, discounts, or whatever else our own way. It’s our business, not your business.

And Phil Schiller’s suggestion that we should raise prices on iOS customers to make up for Apple’s added margin is antitrust gold.”

Earlier this week, Microsoft also got involved after its xCloud game streaming service launched on Android but was unable to do so on iOS because of Apple’s policies.

“Apple stands alone as the only general purpose platform to deny consumers from cloud gaming and game subscription services like Xbox Game Pass,” Microsoft wrote in a statement.

A US antitrust committee is conducting a landmark investigation into the practices of all the major tech companies. Hearings have been held with Apple’s Tim Cook, Facebook’s Mark Zuckerberg, Google’s Sundar Pichai, Amazon’s Jeff Bezos, and Microsoft’s Brad Smith.

Smith, Microsoft’s president and chief legal officer, voiced concerns about the App Store’s approval policy and the large cut Apple takes on purchases to the antitrust committee. He went on to say the App Store impedes competition far more today than Microsoft did all those years ago when it was found guilty of antitrust violations.

Apple likes to point out that it protects privacy because it makes money from software and hardware sales, while Google profits from collecting data about users. With some of its software revenue at threat, we’re seeing it’s not necessarily a more consumer-friendly model with Apple making decisions which is ultimately having a negative impact on its users.

With multiple antitrust lawsuits underway, Apple may soon be forced to change its practices. Following a multi-year investigation, Russia’s competition watchdog FAS already ruled earlier this week that Apple has abused its dominant position through the App Store and will soon issue an order demanding that the company resolve breaches of regulations.