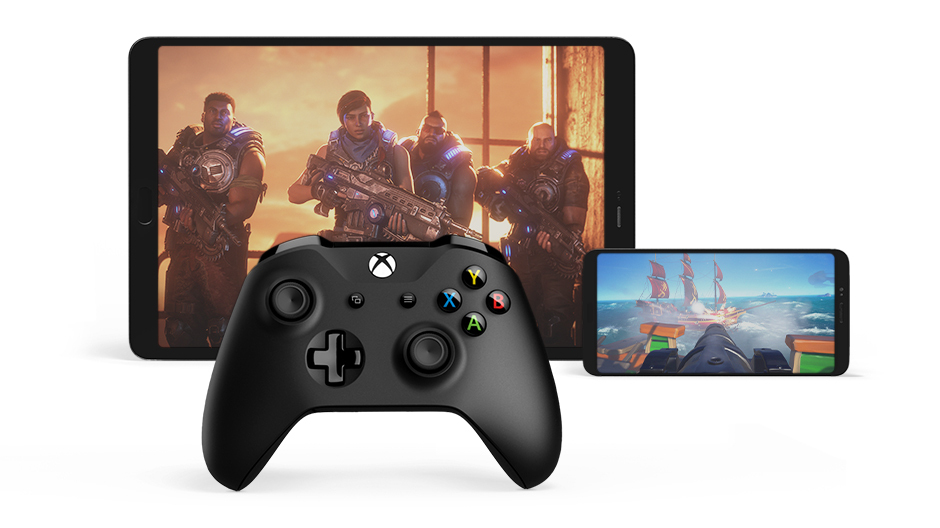 By Ryan Daws | 7th August 2020 | TechForge Media
Categories: App Stores, Developer, Gaming, iOS, Platforms,
Ryan is a senior editor at TechForge Media with over a decade of experience covering the latest technology and interviewing leading industry figures. He can often be sighted at tech conferences with a strong coffee in one hand and a laptop in the other. If it's geeky, he’s probably into it. Find him on Twitter (@Gadget_Ry) or Mastodon (@gadgetry@techhub.social)

Microsoft has joined the growing number of developers who are disgruntled with the App Store’s policies after its game streaming service xCloud is blocked.

Apple’s notorious “walled” platforms have become more open in recent years, but some frustrating policies remain which restrict developers and lead to a poorer experience for Cupertino’s customers.

Game streaming services are growing in popularity – especially with 5G rolling out – but there’s a notable lack of them on iOS devices. Stadia, GeForce Now, and xCloud have all had Android versions for quite some time (Stadia has an iOS app, but it can only be used for management purposes and not actual game streaming.)

All of the aforementioned services would love to welcome iOS users, and it’s not for lack of trying. xCloud had a test version on iOS but has been forced to pull it due to Apple’s policies.

“Unfortunately, we do not have a path to bring our vision of cloud gaming with Xbox Game Pass Ultimate to gamers on iOS via the Apple App Store. Apple stands alone as the only general purpose platform to deny consumers from cloud gaming and game subscription services like Xbox Game Pass. And it consistently treats gaming apps differently, applying more lenient rules to non-gaming apps even when they include interactive content.

All games available in the Xbox Game Pass catalog are rated for content by independent industry ratings bodies such as the ESRB and regional equivalents.

We are committed to finding a path to bring cloud gaming with Xbox Game Pass Ultimate to the iOS platform. We believe that the customer should be at the heart of the gaming experience and gamers tell us they want to play, connect and share anywhere, no matter where they are.”

Samsung, Apple’s main smartphone rival, has established a partnership with Microsoft to offer unique xCloud capabilities on its devices. The Samsung Note 20 announced this week even has a gaming bundle which comes with the smartphone, a PowerA MOGA XP5-X Plus controller designed specifically for xCloud, and three months of Game Pass Ultimate. It’s a stark contrast.

Apple’s argument is that it cannot moderate what content is being served to its users’ devices because they’re being streamed. This could for any streamed content, even the likes of Netflix, so it feels like Apple is being selective of what it approves for business reasons.

The real crux of the issue seems to be that Apple cannot monetise the content being streamed to devices, especially as Apple is pushing its own “Apple Arcade” alternative to services like Game Pass. Rather than purchase games through the App Store – where Apple can take their controversial 30 percent cut – users pay their subscription to the likes of Microsoft (xCloud), Google (Stadia), or Nvidia (GeForce Now).

Apple’s attitude towards game streaming services feels like more evidence in the growing number of antitrust cases against the company. The EU recently became one of the most recent to launch an investigation into whether App Store policies are anti-competitive following complaints from Spotify and others.

In the US, an antitrust committee is conducting a landmark investigation into the practices of all the major tech companies. Hearings have been held with Apple’s Tim Cook, Facebook’s Mark Zuckerberg, Google’s Sundar Pichai, Amazon’s Jeff Bezos, and Microsoft’s Brad Smith.

Smith, Microsoft’s president and chief legal officer, voiced concerns about the App Store’s approval policy and the large cut Apple takes on purchases to the antitrust committee. He went on to say the App Store impedes competition far more today than Microsoft did all those years ago when it was found guilty of antitrust violations.

The likes of Microsoft aren’t so impacted by Apple’s decisions when compared to smaller developers with less revenue and resources at their disposal. While many of their voices have been drowned out by the big cases, some have managed to get their views across.

In May, Basecamp CEO Jason Fried penned a letter over Apple’s rejection of his company’s email app called Hey.

Fried said he has issues with the cut taken by Apple, but that he mostly has a problem with the “absence of choice and how Apple forcibly inserts themselves between [the] company and [its] customer”.

Hey was rejected because Basecamp used its own billing system rather than Apple’s own.

In his letter, Fried wrote:

“The 30% rate is still highway robbery, as Congressman Cicilline recently said in an interview, but the fundamental problem for us is the lack of choice.

Apple, please just give your developers the choice! Let us bill our own customers through our own systems, so we can help them with extensions, refunds, discounts, or whatever else our own way. It’s our business, not your business.

And Phil Schiller’s suggestion that we should raise prices on iOS customers to make up for Apple’s added margin is antitrust gold.”

We’ll have to wait and see whether Apple changes its policies. However, this latest fiasco feels like it provides more evidence in the antitrust cases against the company.

Whether it likes it or not, Apple may end up being forced to become more developer-friendly.