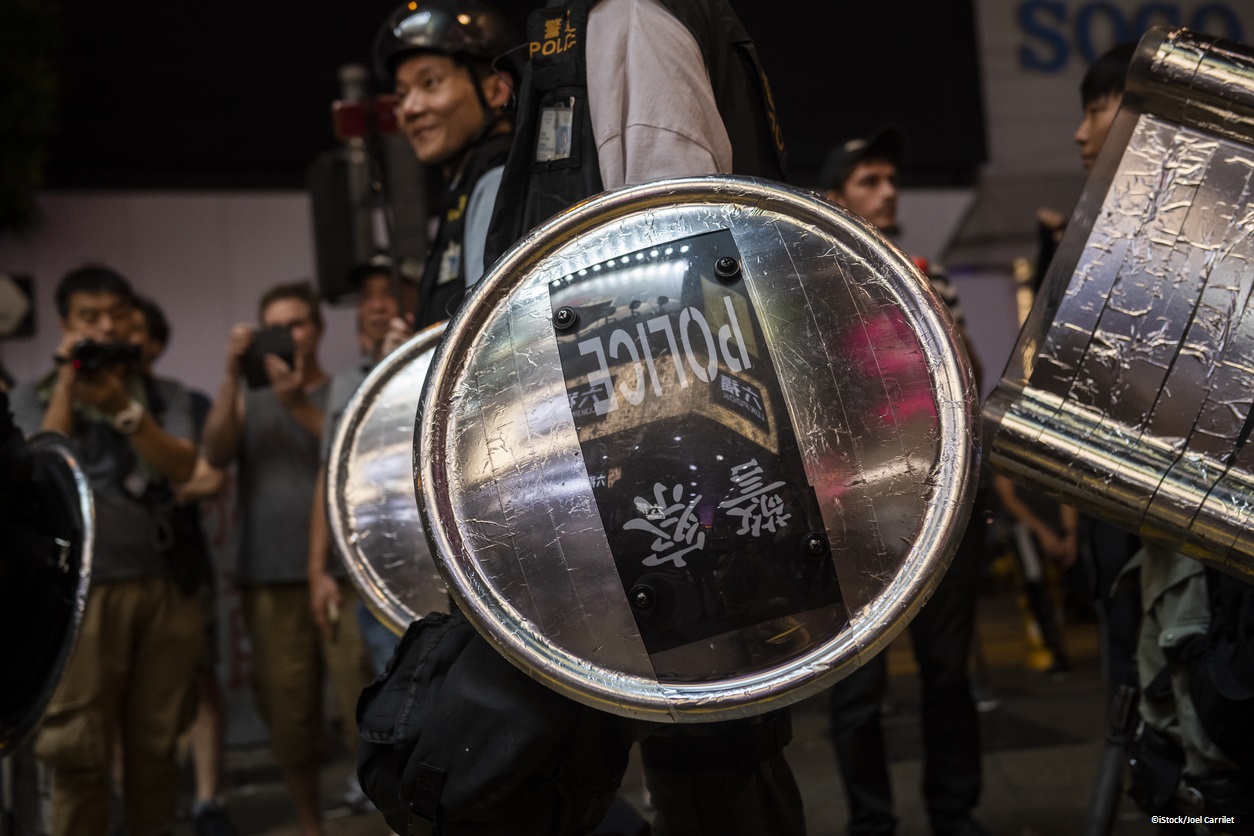 By Ryan Daws | 9th October 2019 | TechForge Media
Categories: App Stores, Developer, iOS,
Ryan is a senior editor at TechForge Media with over a decade of experience covering the latest technology and interviewing leading industry figures. He can often be sighted at tech conferences with a strong coffee in one hand and a laptop in the other. If it's geeky, he’s probably into it. Find him on Twitter: @Gadget_Ry

China says Apple needs to “think about the consequences” after reinstating a Hong Kong protest app following a backlash.

Apple has found itself in an unwinnable position amid the Hong Kong protests against the Chinese government.

Earlier this week, Apple received backlash for banning HKMap Live – an app which crowdsources the locations of protests, police, tear gas, ambulances, water cannons, and more – from the App Store.

The developer of HKMap Live criticised Apple for the app’s removal. Kuma, the developer’s pseudonym for safety reasons, said the goal of the app is to improve safety for all of Hong Kong’s citizens and help them navigate the city with less danger.

Others joined the backlash against HKMap’s removal and Apple ended up reinstating the app. Beijing is obviously not happy with Apple’s decision.

China’s state media published an article today with the headline ‘Is Apple helping HK rioters engage in more violence?’ which sums up Beijing’s position. The article also claims a song advocating Hong Kong’s independence has been resurrected in Apple Music.

“People have reason to assume that Apple is mixing business with politics, and even illegal acts,” wrote Bo Lanping in the article for People’s Daily. “Apple has to think about the consequences of its unwise and reckless decision.”

China is a huge market for Apple. The People’s Daily article not-so-subtly reminds its readers that “only the prosperity of China and China’s Hong Kong will bring them a broader and more sustainable market.”

Cupertino already appears to have taken measures to appease Beijing. According to local publications such as Hiraku, users who have their devices set to Hong Kong or Macau have noticed the Taiwan flag has been removed from Apple’s emoji keyboard. 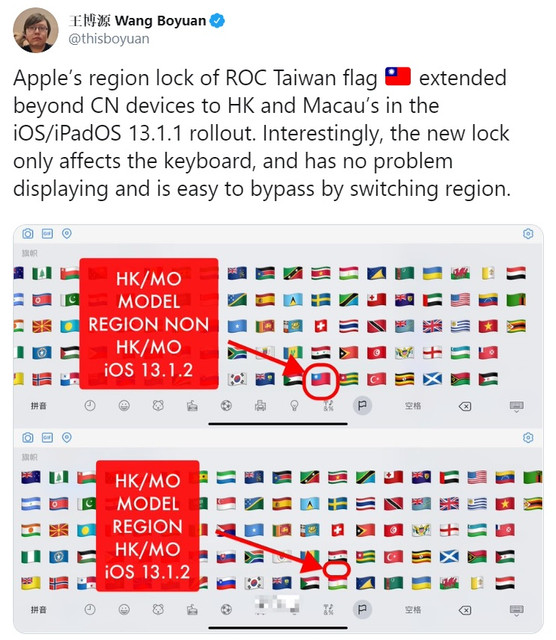 Apple is going to want to keep Beijing happy, but the company may put its reputation with consumers on the line to do so.

“We created the App Store to be a safe and trusted place to discover apps. We have learned that an app, HKmap.live, has been used in ways that endanger law enforcement and residents in Hong Kong. Many concerned customers in Hong Kong have contacted us about this app and we immediately began investigating it.

The app displays police locations and we have verified with the Hong Kong Cybersecurity and Technology Crime Bureau that the app has been used to target and ambush police, threaten public safety, and criminals have used it to victimize residents in areas where they know there is no law enforcement. This app violates our guidelines and local laws, and we have removed it from the App Store.”

In a series of tweets, HKMap Live’s developer responded:

“The quoted Apple App Store Review Guideline is vague, does that include user-generated contents? We are sure there are contents ‘solicit, promote, or encourage criminal activity’ in Facebook, Instagram, Safari, Telegram, Twitter, Waze, Whatsapp, etc. at some point in time.”

“The majority of user reviews in the App Store suggest HKmap IMPROVED public safety, not the opposite.”

“We once believed the app rejection is simply a bureaucratic f-up, but now it is clearly a political decision to suppress freedom and human right in Hong Kong. It is disappointing to see US corps such as Apple, NBA, Blizzard, Tiffany and Co act against freedom.”

“HKmap is used by passersby, protesters, journalist, tourist, and even pro-government supporters. It might be hard for people outside to imagine tear gases in your neighbourhood, train station, or your go-to shopping mall, but ~5000 of them is fired since June.”