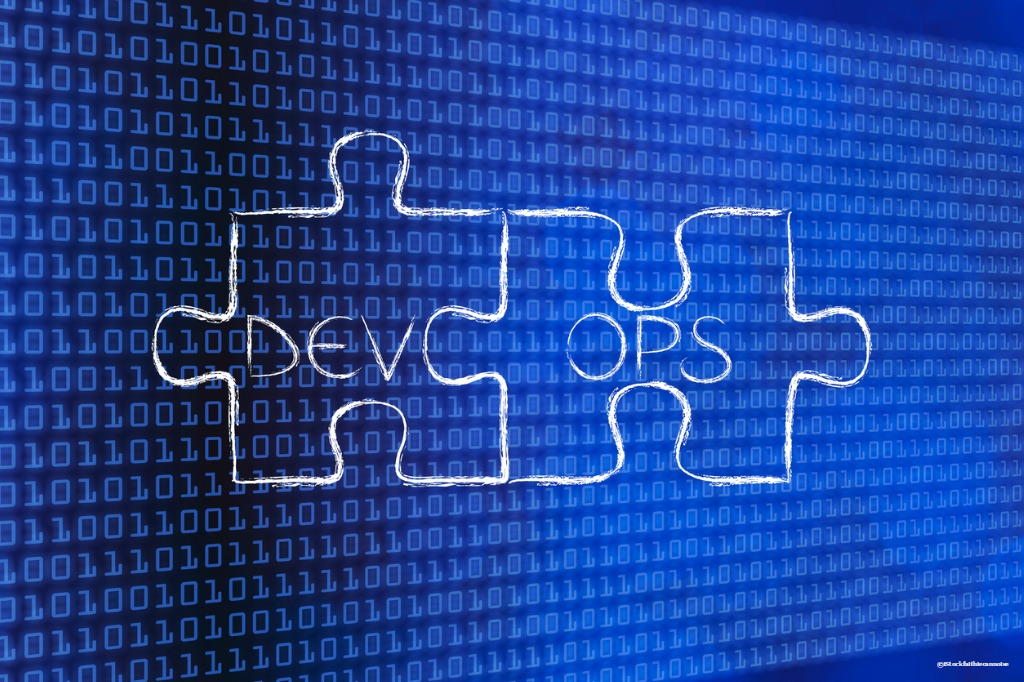 DevOps is not simply a set of tools or systems, but rather a methodology requiring stakeholder buy-in for successful execution. DevOps is based on collaboration—using operations, best practices, and organizational culture to streamline and connect development teams and IT operations.

The better the system design, the better the DevOps implementation could be. Deriving the best value from DevOps requires agility many legacy systems can’t deliver. To maximize efficiency, DevOps must operate on a flexible system such as one running microservices and containers in a cloud environment.

Microservices are built to support complex system architecture while maintaining agility. These cloud-native applications break down the colossal, legacy applications of the past, turning them into smaller functions that can grow and change independently. Each microservice’s data is self-contained and immutable—microservices are not updated but rather replaced, keeping only the API. But perhaps microservices’ most valuable attribute is scalability, enabling an environment of both speed and agility. These modular applications create better value by delivering features, services, and solutions on a range of different timelines, distinct from each other. This capability allows for changes to be made to specific pieces of an application or project based on need, instead of applying broad, inefficient changes to the whole.

By design, microservices makes developing systems easy—enabling reusable parts that are then used by multiple applications and services within the business. When DevOps is correctly implemented, IT and operations teams are able to save significant time by working separately yet simultaneously.

Containers are units that are perfect for bundling and shipping software and its dependencies. This packaging allows applications to run fast and efficiently, and across different computing environments. Containers are cloud-native structures that hold microservices, allowing them to be moved from one location to another as needed, without affecting the system as a whole. In short, containers enable portability.

Containers can serve as an envelope to microservices’ letters. Containerizing microservices allows developers to build applications, integrate with other systems, define rules and processes, and then deploy across hybrid environments. Containerized microservices enables two core drivers of DevOps—agility and collaboration.

Containerized microservices provide a solution for keeping development, testing, and production environments consistent. Within containers, the writing, testing, and deployment of an application doesn’t change the environment at any part of the delivery chain. With this in mind, collaboration across different teams becomes simpler, as each is working with the same containerized environment. This collaboration is crucial for DevOps to work effectively and keeping the environment uniform means team members are able to work on the most up-to-date version concurrently.

DevOps is based on the concept of continuous software delivery—applications can be updated constantly without adding significant friction. Containerized microservices allow updates that don’t disturb the software as a whole. If, for example, an app is run across several microservices, each on a different container, one container can be restarted without disrupting the others. This prevents systems from crashing, and speeds the update process overall, enabling continuous delivery.

Within containerized microservices, switching between multiple platforms and frameworks is streamlined—agility is built-in. Containers fuel this agility, being more or less agnostic to assorted programming languages and deployment platforms. Almost any microservice can be run within a container, irrespective of the language in which it is written. And containers move effortlessly between almost any environment (except some Windows platform-specific applications).

Continuous QA Delivering software in smaller increments, more quickly, through containers and microservices allows for thorough testing. Automation enables continuous testing, detecting and validating even the most granular changes. Testing is encouraged early and often to diagnose and resolve issues, and automation is essential for thoroughness and efficiency across the system.

Deployment automation When moving work from a staging environment to a live deployment, errors are common—especially when done manually. To embrace the full value of DevOps, the move should be automated, reducing downtime and risk. Running dual, identical production environments and operating staggered versions before and after updates are optimal ways to employ automation. This allows systems to recover from issues quickly, with rapid roll forward and roll backwards.

Performance testing User experience is a core business value and changes affecting speed and responsiveness should be dealt with before the program is put into production. Leveraging DevOps practices within containers enables the addressing of user experience or performance issues before deployment, evaluating the impact of small changes when they are made and determining the easiest time to make them.