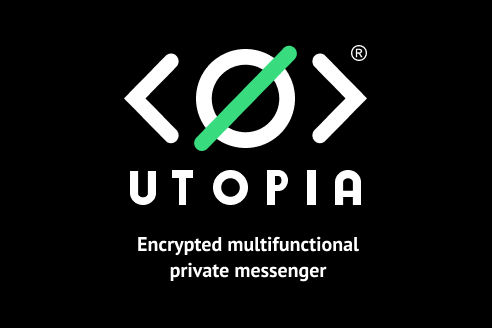 By Developer | 12th December 2019 http://www.developer-tech.com/
Categories: Development Tools, Hacking & Security, Platforms,
Developer is a hub for the latest news, blogs, comment, strategy and advice from leading brands and experts across the apps industry. It provides a free, practical resource that aims to help developers negotiate the industry, access top level advice and ensure they are able to negotiate the industry as effectively and profitably as possible.

The vitality of the Internet is such that any reference to Maslow’s hierarchy of needs, first published in 1943, today usually comes with a half-joking reference to Wi-Fi. Indeed, you would not be reading this piece now without it. Yet one particularly promising area for distributed ledger technologies (DLT) is around user and data privacy for Internet usage.

Meet Utopia. The product, which launches today from anonymous group of networking enthusiasts who call themselves The 1984 Group, is defined as an ecosystem based on a decentralized peer-to-peer (P2P) network. The group’s manifesto and mission are straightforward but strong. The statement ‘no-one can control the Internet’, writ large, is not a commentary but a threat. Governments, the group alleges, have been prepared to take unlawful and unethical steps to attain the goal of ‘complete information supremacy over the world.’

These governments, alongside hackers and marketing agencies, are in the group’s sights as the parties most interested in acquiring all your data. Don’t have anything to hide? Everyone hides something, the group argues – hence the 1984 name. “This data is gold, and the Internet is their goldmine,” they add.

As a result, the Utopia software is equipped with various features aimed at total security, anonymity and privacy. Its design, based on the decentralized P2P network, is two-fold: it guarantees users’ complete freedom, and entirely negates the risk of network blocking. By not using any central server to store and transmit data, the users of Utopia are the only ones who are involved in data transmission as nodes of the Utopia P2P network.

The Utopia ecosystem is designed for widespread usage, combining a large number of apps for daily use. This includes encrypted instant messenger (uMessenger), spam-free email client (uMail), electronic wallet (uWallet), private browser (Idyll), file manager, and maps. It is all backed up with a combination of AES256 and Curve25519 encryption. As a result, every action a user takes in the ecosystem is encrypted by default and is stored in an encrypted file container only on user’s device. 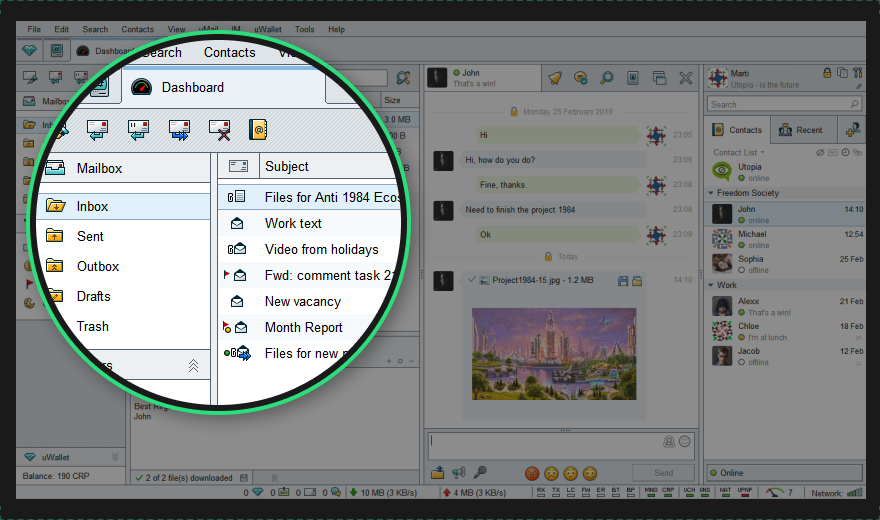 In addition, and as part of the uWallet, Utopia has integrated an internal mineable cryptocurrency, called Crypton (CRP). The ecosystem rewards users with Cryptons, credited every 15 minutes if a user stays online and participates in data transmission, supporting the Utopia P2P Network stability and speed. Mining power and speed can be boosted with no limits by running mining bots on other devices.

The ecosystem has also been put together with developers in mind, both from an integration and monetization perspective. With regards to integration, developers just simply open an account like any other user, before following the software’s API guide to find integration instructions, options, and possibilities. Utopia Network makes possible to host websites with just a few clicks, with the Idyll browser immediately used for browsing websites hosted in the Utopia Network. “As a result, developers manage to raise their monetization by involving ecosystem users. In other words, noone stays out of the game.”

With developers helping provide the power to keep the system running, the focus is on creating a group of like-minded technologists and tech sympathisers who want to create a ‘self-regulating society’ and protect their digital rights.

“Software that can guarantee total privacy and anonymity, that focuses on the freedom of speech and human rights, is scarce,” the group notes. “In a world full of censorship and surveillance, a group of tech enthusiasts with a common ideology, set as a mission to bring the revolution in a few industries, including instant messaging and online communication, data security, encryption and transmission, cryptocurrencies, and decentralized technologies. And they have achieved it.”

Want to see if you agree? Find out more about Utopia by visiting https://u.is website.

Editor's note: The Utopia client is now available for Windows, Mac OS and Linux. Mobile applications will be released in 2020.