AI is the next frontier in smartphones, and Google plans to lead the charge with a dedicated Neural Networks API in the latest Android developer preview.

The new API was first announced back in May and promises to enable developers to take advantage of a ‘lite’ version of TensorFlow — Google’s open source machine intelligence software library.

“TensorFlow Lite will leverage a new neural network API to tap into silicate specific accelerators, and over time we expect to see DSPs specifically designed for neural network inference and training,” said Dave Burke, vice president of engineering for Android. “We think these new capabilities will help power a next generation of on-device speech processing, visual search, augmented reality, and more.”

Most current implementations of AI use the cloud but we’re already seeing greater adoption of dedicated NPUs (Neural Processing Units) in smartphones. Having these fast chips on-board allows for quicker offline processing of machine learning tasks.

As our sister publication AI News reported from an event in Munich last week, Huawei’s latest flagship smartphone, the Mate 10, also packs an NPU – and the third largest smartphone manufacturer is utilising it for some exciting things.

Huawei claims performance can increase up to 25x over a CPU/GPU by using a NPU and efficiency can be improved up to 50x. The company is currently going further than Google with their AI chip and using it for such things as translation, image recognition, and battery optimisations, in addition to improving photographic quality.

It’s still early days for AI on smartphones and the full potential will not be reached until some time after it’s opened up to the wider developer community. 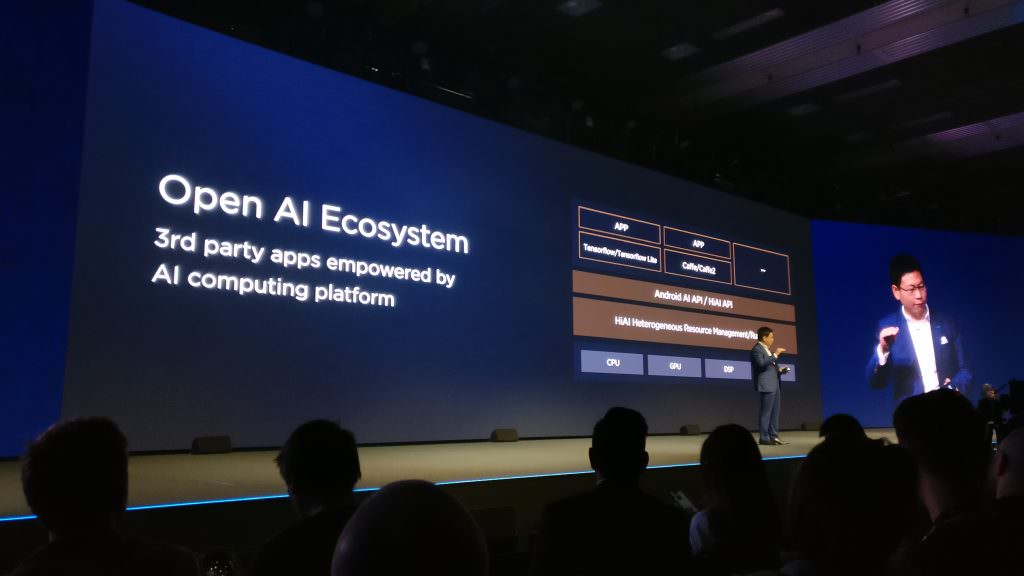 During Huawei’s event, Google’s VP of Android and Google Play, Jamie Rosenberg, took to the stage and spoke of the Neural Network API and the shared vision to build an open AI ecosystem which can empower third-party apps. The first major step towards achieving that vision begins today in the Android 8.1 Developer Preview.

“As part of our efforts to bring machine intelligence to Android, we've added a Neural Networks API via the NDK. It enables hardware-accelerated inference operations on supported devices,” wrote Google in a blog post. “We designed the Neural Networks API as a foundational layer for ML frameworks like TensorFlow Lite — Google's upcoming cross-platform ML framework for mobile — as well as Caffe2 and others.”

Android 8.1 Developer Preview will be available for Pixel 2 and Pixel 2 XL devices, as well as for Pixel, Pixel XL, Pixel C, Nexus 5X, Nexus 6P. For any of the aforementioned devices, just enroll in the Android Beta Program and you'll receive an over-the-air update. Alternatively, you can test the update in the Android emulator.

What are your thoughts on the Neural Networks API and on-device AI? Let us know in the comments.