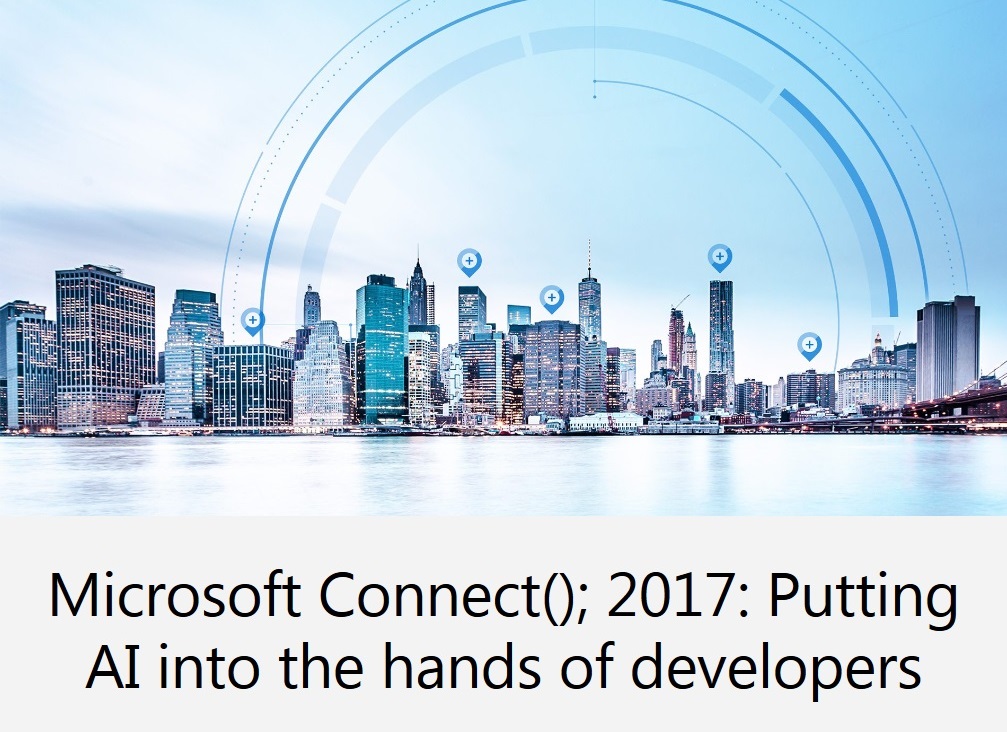 By Ryan Daws | 16th November 2017 | TechForge Media
Categories: Cloud, Development Tools,
Ryan is a senior editor at TechForge Media with over a decade of experience covering the latest technology and interviewing leading industry figures. He can often be sighted at tech conferences with a strong coffee in one hand and a laptop in the other. If it's geeky, he’s probably into it. Find him on Twitter: @Gadget_Ry

The tagline for this year’s event was ‘Putting AI into the hands of developers’ and it’s clear that Microsoft is working hard to be a leader in this emerging space.

Starting with Visual Studio, a new package aptly called ‘Visual Studio Tools for AI’ will allow developers to get started with a new project using a machine learning engine of their choice. Microsoft’s own CNTK framework is naturally supported, but also third-party alternatives such as TensorFlow (which received a big update this month.)

Within this environment, developers can train AI models on sample data. This will help to ensure their accuracy before deploying into real-world scenarios.

Once satisfied with the results, Microsoft is providing developers with several new deployment tools dependent on the platform being targeted. AI Toolkit for Azure IoT Edge, for example, would be useful for a company building an AI-powered mobile app.

Other useful announcements for developers in general include a managed version of MariaDB, and Azure Databricks — a service based on the Apache Spark analytics engine.

“There’s a large base of Microsoft Azure customers looking for a high-performance analytics platform based on Spark – and Databricks is already the leading Cloud platform for Spark,” says Ali Ghodsi, CEO at Databricks. “These organisations will be able to simplify Big Data and AI with Azure Databricks.”

“At Microsoft, we’re laser-focused on delivering tools and services that make developers more productive, helping developers create in the open, and putting AI into the hands of every developer so they unleash the power of data and reimagine possibilities that will improve our world.”

Are you impressed with Microsoft’s new AI tools? Share your thoughts in the comments.