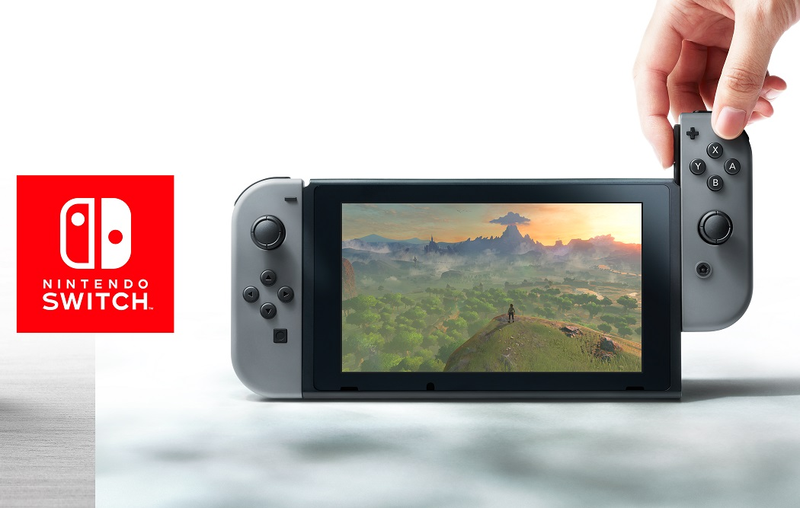 By Ryan Daws | 16th January 2017 | TechForge Media
Categories: Gaming, Platforms,
Ryan is a senior editor at TechForge Media with over a decade of experience covering the latest technology and interviewing leading industry figures. He can often be sighted at tech conferences with a strong coffee in one hand and a laptop in the other. If it's geeky, he’s probably into it. Find him on Twitter (@Gadget_Ry) or Mastodon (@gadgetry@techhub.social)

Nintendo makes fantastic games, but it can only make so many of them at once. This is where third-party studios come in to fill the gaps between releases. Underpowered consoles and lack of promotional support from Nintendo damaged their relationship with these developers in the past and pushed them into reducing or dropping support for Nintendo's consoles in favour of consoles from Sony and Microsoft.

With the remastered version of Skyrim displayed in the company's promotional video for the Switch I'd hoped the company had learned from its past mistakes. I even believe that was the intention, but I'm concerned it won't be successful for a few key reasons:

For a device which can be used handheld, few would expect the performance of a home console but a new hardware launch today should be able to run games in 1080p on your TV. Looking at the current generation of three-year-old consoles – the PS4 outputs 1080p almost consistently, while the Xbox One often ranges between 900p and 1080p.

Console exclusives perform better due to increased optimisations, and it's often the more powerful or easy-to-develop-for consoles which also gain the most exclusives because they allow the developers more scope to realise their visions and the user base is often bigger to increase chances of sales.

The latest consoles from Nintendo's rivals, the PS4 Pro and upcoming Project Scorpio, both target 4K and even if they fail to reach this offer plenty of power for improved graphics and performance over the previous generation.

Despite being a console exclusive, the upcoming Zelda game for the Switch will only be running at 900p when docked and 720p in handheld mode. Already this highlights a concern about the limited performance of the Switch and the need for game developers to make sacrifices they wouldn't have to on rival platforms.

The situation feels reminiscent of the original Wii launch. The original Wii felt a generation behind the Xbox 360 and PlayStation 3 because it output at just 480p while its competitors output 720p. Despite incredible hardware sales, the console stagnated and large developers halted support for the Wii because the Xbox and PlayStation offered a similar degree of power to each other and enabled ports between the consoles with little graphical and/or performance sacrifices compared to what the Wii required.

Nintendo has said the Switch is a 'home console' first and handheld after, which places it in direct competition with the PS4 Pro and Project Scorpio. The handheld market, at least for dedicated consoles, is dominated by Nintendo and has no other major players. In my view, Nintendo should be positioning the Switch as a handheld first and console after. In the handheld market, Nintendo has no direct competition to appear underpowered whereas in the home console market it has increasingly last-generation consoles offering similar or better performance.

Speaking of the games, the launch line-up is absent of recognisable big titles from third-party studios aside from Skyrim. I'm sure some will be withholding their announcements for E3, but it's a concern nonetheless when a major criticism of Nintendo is their over-reliance on long-standing franchises such as Zelda and Mario.

There was a time such beloved franchises would be enough, but a generation are growing up with little experience with these games and greater love for the franchises and increasing variety available on their Xbox and PlayStation consoles. Nintendo is beginning to do some outreach to younger generations with the launch of mobile games such as Mario Run, but whether it's too late or enough to make the Switch top of Christmas lists this year over the competition is debateable.

Nintendo requires third-party studios to fill the gaps in their line-up, but I fear developers will feel restricted by the console's specifications and continue the usual trend of targeting Xbox and PlayStation first. A digital store like Xbox Live or PSN which features a heavy promotion of games other than just Nintendo's first-party titles would at least help.

Prior to announcement, rumours circulated the Switch would launch for $199 and from the reaction in my social circles it would have been an impulse purchase for a lot of gamers.

This made sense. If not competing in power against Xbox and PlayStation, at least a cheap price similar to Wii at launch would help to saturate the market in unit sales and incentivise developers to support the console through numbers alone. Sold at minimal profit, even a slight loss, would be worth it over the long-term. At its $299 RRP it's become too steep to justify for many when you can get an Xbox One S or PS4 Slim instead.

Nintendo could be planning a price drop around Christmas to increase sales, but with Project Scorpio launching around the same time, it's at significant risk of being overshadowed. Without a constant flow of sales numbers and game announcements, I'm concerned any momentum Nintendo has is already in danger of fizzling out.

Flash drives like the Switch uses for games are more expensive to produce than discs, so the cost of production goes up and is sure to be passed onto gamers. The games also have to be partly-installed to Switch's tiny 32GB internal storage; in fact, Zelda alone when installed will take up 40% of what’s available right out the box.

The internal storage can be expanded using MicroSD cards. In today's digital world, Nintendo should have focused on downloads with physical as the fallback. I'd assumed the small amount of storage was to keep costs down in order to hit the rumoured $199 price and leave some money left in gamers wallets to expand their storage with the amount they desire, but we have to settle with a $299 console with barely enough storage for a couple of games.

The console seems to be overpriced, underpowered, and suffer from a continued understandable wariness from third-party developers to support it. I don't seem to be alone in this opinion with the company's stock dropping 5.8 percent after the announcement, and slipping a further two percent today.

Despite my initial excitement at the idea of a do-it-all console that can move from home-to-road, I can't help but feel concerned at Nintendo's strategy with the Switch. The company doesn't appear to have learned from past mistakes and is on a course to fall into the same problems which plagued both their Wii consoles. I just wish Nintendo used this chance to Switch up their strategy.

What are your thoughts on Nintendo's strategy? Let us know in the comments.