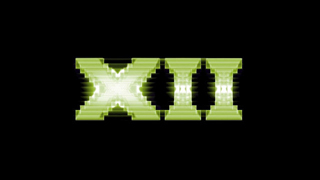 By Ryan Daws | 21st March 2014 | TechForge Media
Categories: Development Tools, Gaming, Platforms,
Ryan is a senior editor at TechForge Media with over a decade of experience covering the latest technology and interviewing leading industry figures. He can often be sighted at tech conferences with a strong coffee in one hand and a laptop in the other. If it's geeky, he’s probably into it. Find him on Twitter (@Gadget_Ry) or Mastodon (@gadgetry@techhub.social)

Whether you’re a developer or not – you’ll probably have some idea of the importance of DirectX if you’ve played games since its release back in 1995. DirectX is a collection of APIs which – although has a multitude of multimedia uses – focuses primarily on easing game development.

Direct3D, DirectDraw, DirectMusic, DirectPlay, and DirectSound are the core components of DirectX and although had consistent updates up until 2009 – no major version had been released since.

Clearly the Redmond-based house of Microsoft has been biding its time regarding DirectX 12 – or just waiting on the release of the company’s latest hit-console, the Xbox One. The upcoming version is among the biggest yet – if not the.

Partnering with a range of (under normal circumstances – bitter rivals) relevant hardware partners; AMD, Nvidia, Qualcomm, and Intel… Each manufacturer took the stage at GDC (Game Developer Conference) to discuss how they’ve worked with Microsoft to enable “to the metal” development for their graphics cards.

AMD, you may be aware, supplies the GPU for the Xbox One. Console observers have been watching closely for any word on whether DirectX 12 can help boost the native resolution of games released to the widely-hailed (but oft-criticised) 1080p mark… and AMD is best positioned to answer.

The company noted that this release will have low-overhead API/Runtime that’ll get the most out of their GPUs. Microsoft showed a presentation clearly displaying evidence of their claims that CPU utilization has been halved since DirectX 11, with far better workload spread across multiple cores.

Matt Sandy, Program Manager for Microsoft’s Direct3D team, said: “What makes Direct3D 12 better? First and foremost, it provides a lower level of hardware abstraction than ever before, allowing games to significantly improve multithread scaling and CPU utilization. In addition, games will benefit from reduced GPU overhead via features such as descriptor tables and concise pipeline state objects. …

He continued: “Direct3D 12 also introduces a set of new rendering pipeline features that will dramatically improve the efficiency of algorithms such as order-independent transparency, collision detection, and geometry culling.”

The main benefit of DirectX 12 is in regards to multiple cores. The current standard, DirectX 11 (Or 11.2 if you’re being picky…) can run into trouble delivering superior performance due to single-threaded applications potentially being restricted by power limits, and even multi-core CPUs can deliver less speed than many GPUs.

DirectX 12 will be available across desktop, tablets, console, and even smartphones. The first games to make use of it are expected to hit around “holiday 2015” but an early-access will be available later this year.  Most DirectX 11 cards from the hardware partners will already support DirectX 12.

What do you think of Microsoft’s DirectX 12? Does it appear worth the long-wait?