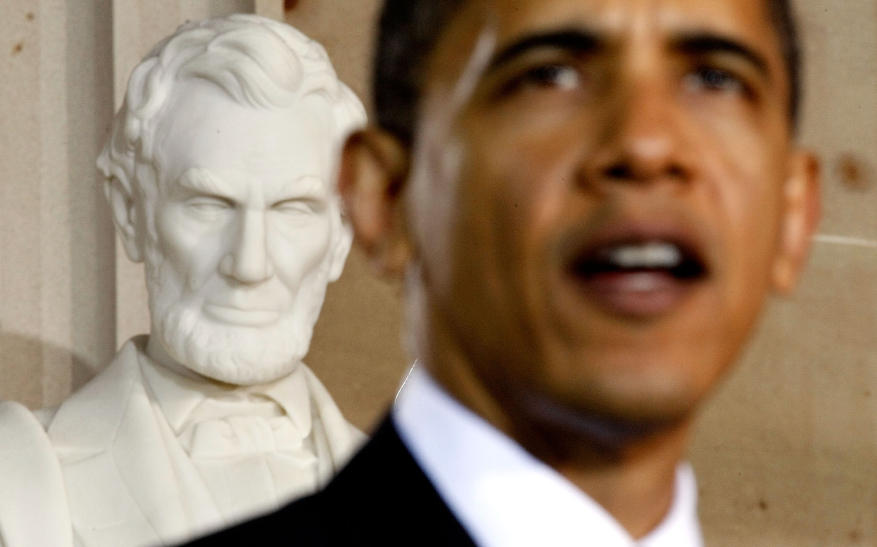 By Ryan Daws | 9th December 2014 | TechForge Media
Categories: Developer,
Ryan is a senior editor at TechForge Media with over a decade of experience covering the latest technology and interviewing leading industry figures. He can often be sighted at tech conferences with a strong coffee in one hand and a laptop in the other. If it's geeky, he’s probably into it. Find him on Twitter: @Gadget_Ry

Barack Obama set himself in the history books as soon as he was appointed, but now the iconic US president has brought about a day many programmers questioned they would ever see and become the first president to write a computer program…

As part of the annual Computer Science Education Week, Obama wrote a simple program which drew a square on-screen. Sure, that square is not creating the next Minecraft, but it’s a start which proves anyone can begin to program. Hadi Partovi, co-founder of Code.org, says: “All programming starts simple; no-one starts by creating a complicated game.”

Just last year Obama hosted a live stream on YouTube which promoted the important week. In it he said, “Learning these skills isn’t just important for your future. It’s important for our country’s future,” the president said in the video. “If we want America to stay on the cutting edge, we need young Americans like you to master the tools and technology that will change the way we do just about everything.”

That square is not creating the next Minecraft, but it’s a start which proves anyone can begin to program.

During last year’s event, Obama never wrote any code himself. This year he did not complete the full tutorial but went from station to station observing the students work, and completed some of the exercises which included using Google’s Blockly tool, and writing a line of code using the programming language JavaScript.

In 2012, New York City Mayor Michael Bloomberg, tweeted that his New Year’s resolution would be to learn to code. Whether Obama will continue – or have the time to continue – his path to becoming the next rockstar developer is questionable, but it’s great to see the president’s support of programmers.

The event was organised by Code.org as part of their “Hour of Code” campaign which aims to convince students and wannabe programmers that anyone can learn the basics of coding in one hour slots. A website has been created by the initiative which contains many hour-long tutorials to help people all around the world to get started…

Not everyone has access to the internet, however. Google has recognised this and released an “offline developer kit” which we reported on last week and contains over 30GB worth of resources across four DVDs which can be distributed to cut-off areas or developing countries to allow them to learn important programming skills.

Next on the agenda should be getting more females into programming, as it’s a serious issue which needs to be addressed. In the United States, female programmers peaked in 1984 and dropped year-on-year since. In 1984, 37.1% of Computer Science degrees were awarded to women. The percentage dropped to 29.9% in 1989-1990, and 26.7% in 1997-1998. According to figures from the Taulbee Survey, less than 12% of Computer Science bachelor’s degrees were awarded to women at U.S. PhD-granting institutions in 2010-11.

What do you think about the president’s approach to programming education?