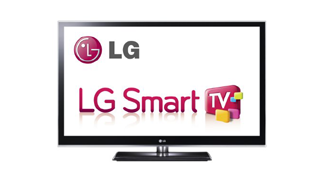 By Ryan Daws | 21st November 2013 | TechForge Media
Categories: Development Tools, Platforms,
Ryan is a senior editor at TechForge Media with over a decade of experience covering the latest technology and interviewing leading industry figures. He can often be sighted at tech conferences with a strong coffee in one hand and a laptop in the other. If it's geeky, he’s probably into it. Find him on Twitter: @Gadget_Ry

Despite being the biggest display in most people’s homes – and where the majority spend their evenings in front of – the TV has been largely unchanged for a number of years. Many would argue it is the platform ripest for some innovation.

The idea of a “Smart TV” is nothing new, most manufacturers have a few sets with added software features above just displaying broadcast TV. Most of these additions come in the form of support for OTT applications such as Netflix, Hulu, and Spotify.

DeveloperTech (DT) spoke with LG’s Director of the Enyo Framework and Tools, Gray Norton (GN), about the company’s recent SDK update and what it means for the future of TV development.

DT: Let’s jump in with the obvious question – Do you see the TV as being the next big platform?

GN: I think there’s a lot of promise for it [the TV] to be “the next big platform” because we haven’t really seen the same type of transformation that we’ve had in the phone, the tablet, and the general computing space overall.

It’s a little bit different, it’s a little unknown what the TV is exactly going to look like as a computing platform – or as a more interactive platform – because it’s inherently more of a multi-person, “lean back” experience than a phone, or a tablet… which you’re holding in your hand.

I do think that it’s ripe for a change; what’s happened today has largely been around taking the interactive experiences that we have on computers, phones, and tablets – then throwing those up on a bigger screen. If it’s going to have a transformative moment; it’s going to take more than that.

DT: I’ve always thought TV apps could take off is as a “hub” for your home – especially with this trend we’re seeing of the “Internet of Things”.  Could this be a potential drive for television applications?

GN: Absolutely, I think the TV is really fundamentally a content-consumption device. Historically content is piped-in and curated in very narrow ways. I think there are a couple of things; one is as the hub for the home, as you said. The other is really enabling new patterns around consumption.

DT: With applications arriving on consumer devices such as the Xbox and PlayStation consoles; will these not prove more-appealing to developers due to their widespread usage?

GN: I think there are lots of different approaches to how apps and new ways of interacting with TVs are going to play-out because there’s obviously lots of ways you can “hook-in”. There are consoles, dedicated set-top boxes, devices like Chromecast… I think time will tell.

Quite frankly, I think there’s room for a consumer value to be created and a good experience to be delivered in multiple ways. In homes where there are active gamers; that’s obviously a natural place for more TV interactions to happen.

At the end of the day; the simplest experience for the average consumer is to buy a TV, bring it home, plug it in, and that’s all you need.

DT: What are some of the best ways developers can harness the TV?

GN: Our user experience team has identified some distinct patterns which they think work for TV apps; one of which we call the “always-viewing” pattern…

This is where you have some content that’s taking over most of the screen; then you have an application experience around the edge of that – mostly it’s hidden – but you can invoke it easily at any time, take a couple of actions, then it goes away.

So we’ve come up with a bunch of things in the framework we’re building to enable that pattern to be easily utilised by developers.

There’s another pattern, the “activity” pattern, which uses the same basic interactions and look-and-feel; but is for more focused activities. So I may be in the middle of watching a TV programme; but for the next few minutes – on the same screen – I’m going to order a pizza for delivery.

GN: On the best mobile and tablet platforms there is a very high-standard in respect to user-experience in terms of seamlessness of transitions, animations, and just the feeling you’re having an application experience. You’re not just jumping from one screen of content to another.

Certainly that sensibility informed a lot of the work we did on WebOS (Gray is an ex-Palm employee); we’ve tried to bring that to the TV. We have “panels” as you’re drilling down through an app; you have them collapsing into “breadcrumbs” so you can easily jump-back to somewhere you’ve been.

The other thing is that LG has what it calls the “magic remote” which is like the remote for the Nintendo Wii in that you point at the screen… our framework seamlessly switches back and forth between the magic remote and the old style; ‘up, down, left, right’-type interactions.

All those developers building apps using our framework don’t have to handle those two scenarios separately; it takes care of that for them.

DT: LG is attending AppsWorld in San Francisco next year; can you speak a little about your participation there?

GN: We will be able to show-off at that point all the work we have been doing on the next-generation LG TV. We’ll also be showing not only the types of apps that can be built but also talking to developers about the framework and how to build them.

One of the interesting things about the Enyo framework we use is that it’s loosely coupled with WebOS but it can be used separate as well. It’s a cross-platform framework so the promise is developers can use Enyo to build apps that run on LG Smart TVs but can be run on other TV platforms as well; potentially including the types of devices such as consoles.

What do you think about LG’s Smart TV ambitions? Where do you see the platform going?