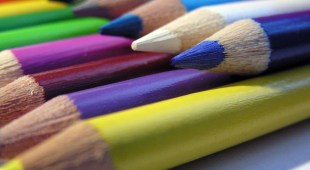 2012 was the year of mobile. It witnessed the launch of several new smartphones and tablets. Apple and Android launched latest versions of their operating systems and more than 1 billion people started using smartphones. The term m-commerce gained traction and the average businessman began thinking about building a mobile website.

By the end of the year, is was obvious that every business would need a website that worked smoothly on mobiles – hundreds of millions of people using mobile as their primary device for accessing the Internet proved to be a convincing argument. Debates about responsive web design and dedicated mobile websites reverberated all around the web.

At this juncture, mobile designers and developers have created clear guidelines for how to design a mobile website, and they have a clear idea of how mobile design must necessarily be different from conventional web design. But as mobile technology evolves and becomes more and more popular, absolutely novel trends are emerging.

Let’s take a look at what the future holds for the mobile web:

The iPhone was the first smartphone, and the first built-in iPhone applications inspired mobile designers for a long time. Native apps and mobile web apps followed a simple formula of creating apps that replicated the real world and simulated a visual experience that the users were familiar with.

This trend has reigned supreme for five years, but it is slowly being replaced by minimalistic, simple designs that do not try to dazzle, but just want to foster an intuitive user experience. This year, more and more mobile websites and apps will sport designs that are driven by the purpose and function they serve.

The biggest unresolved issue of the mobile web is the low speed at which pages load on mobiles. Sure, better bandwidths for mobile have made loading websites faster, but it still takes a lot longer than loading web pages on conventional computing devices.

This year, mobile web designers will aim high and try to create innovative websites that exploit the inherent features of smartphones to provide a futuristic experience. But, at the same time, they will be concerned about the speed at which their websites or web apps load. We will have to work hard to strike a balance between innovation and performance.

Mobile design has been becoming more and more customized: animators and designers create bespoke designs that gel well with the brand they are designing for. This is a good sort of customization. Alongside this, there is the fact that many of us have to create separate designs for separate platforms. While it would be wrong to say that the time is up for separate apps and designs for separate devices, the trend of creating a single, unified design that works across all platforms is catching on.

While cross-platform apps and responsive web design have been around for a while, it is only now that most of us are seriously considering building only responsive designs and cross-platform apps. As the world of mobile websites, web apps and native apps begins to run on similar principles of aesthetics and functionality, visual simplicity and clean design will overrule any other design concerns.

This year, we can expect designers to create mobile websites and apps that perform well, look accessible and function across platforms. While there will always be staunch adherents of separate mobile websites, the majority will embrace responsive web design. Native apps will stay popular, but cross platform application development will find more takers.

Author Bio: Alan Hall works for PLAVEBAPPS, a Custom Mobile Website Design Company in Los Angeles, California. He is fascinated with the world of mobile technology and is amazed at how fast technological advances are being made. When he gets time, he likes to share his ideas on the Internet.