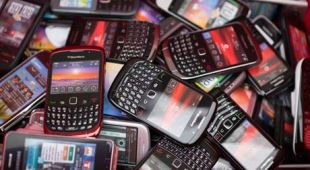 By James Bourne | 13th November 2012 | TechForge Media https://www.cloudcomputing-news.net/
Categories: HTML,
James has a passion for how technologies influence business and has several Mobile World Congress events under his belt. James has interviewed a variety of leading figures in his career, from former Mafia boss Michael Franzese, to Steve Wozniak, and Jean Michel Jarre. James can be found tweeting at @James_T_Bourne.

Results of a survey from Sencha have revealed that the majority of companies polled think that dev skills in Web technologies are a more vital skill than native development skills.

Just over two thirds of companies (68%) polled – comprising 1400 mobile developers, managers and corporate execs – stated that their best skills in development were in the likes of HTML5, JavaScript and CSS rather than iOS (14%) and Android (13%) native development.

This aligns with a number of prevalent HTML5 trends; not least the recent research from Kendo UI which revealed that more than four in five developers saw the open standard as pivotal to their jobs in the next 12 months.

Similarly, half of those polled believed that updates to native mobile platforms were either ‘disruptive’ or ‘highly disruptive’ to their company.

This is more affirmation that universal app development is the way forward, and it’s certainly worth considering given further research from the Sencha survey that companies are taking Windows Phone 8 adoption seriously.

Intriguingly, employers don’t appear to be averse to using multiple operating systems in their company, with just under half (46%) of companies polled stating they were going to be supporting Windows Phone 8 in the next six to 12 months.

The mix of multiple operating systems in the enterprise appears to be evident.

83% of respondents supported two or more operating systems in their workforce – in other words, iOS, Android and one other – whilst 34% supported three or more. Therefore, the battle for third place between Windows and BlackBerry seems to be gathering pace.

Kopacki added: “As long as there is choice and competition in the marketplace, technologies such as HTML5 will remain an ideal approach for them to fully tap into the power that a diversity of mobile devices can bring to their businesses.”

Which is more important to your company; native or open development skills?