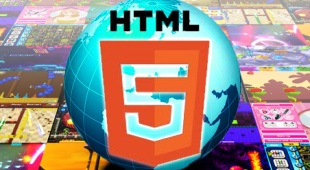 By James Bourne | 9th November 2012 | TechForge Media http://www.cloudcomputing-news.net/
Categories: Development Tools, Hacking & Security, HTML,
James is editor in chief of TechForge Media, with a passion for how technologies influence business and several Mobile World Congress events under his belt. James has interviewed a variety of leading figures in his career, from former Mafia boss Michael Franzese, to Steve Wozniak, and Jean Michel Jarre. James can be found tweeting at @James_T_Bourne.

Kendo UI spoke to over 4,000 software developers, who reaffirmed that HTML5 was the real deal.

That’s one of the cornerstone findings from Kendo UI, a division of end-to-end solutions and tools provider Telerik, in a survey entitled ‘HTML5 Adoption: Fact or Fiction’ talking to over 4,000 software developers in September.

Kendo UI, of course, is an HTML5/JavaScript solution provider, so a survey trumpeting the benefits of the open standard isn’t much of a surprise – but the results are still valid, given the survey polled a wide range of the developer ecosystem.

Other key results were:

The different approaches to HTML5 by W3C and WHATWG have garnered lots of attention in the preceding months, but this survey focuses on which approach devs prefer – and it appears the majority like the slower, static spec from the W3C.

The W3C’s Ian Jacobs, speaking to DeveloperTech in July, spoke of a programmed transition rather than a split with the WHATWG. “We’re hearing there’s a split, but infact what we have is an ongoing partnership”, he said.

Yet in September, the consortium unleashed its plans for HTML5 hitting ‘Candidate Recommendation’ status by 2014 – a complete, finalised standard. The Kendo UI survey notes that it remains to be seen whether the current preference for W3C will shift by 2014.

How do devs see HTML5 shaping up?

But what is the big appeal of developing with HTML5? According to the survey, familiarity of languages such as HTML, JavaScript and CSS was the biggest driver, with 72% of those polled citing it. Cross platform support (62%) and heightened performance (34%) made up the top three.

Another intriguing element of the survey was developers’ ambivalence to news of Facebook binning HTML5 for its iOS app, instead going native. 73% believed that it wasn’t going to affect the future performance of the open web standard.

A particularly eye-opening statistic was that 52% of the 4000 devs polled didn’t know Facebook was using the standard for their app, never mind ditching it.

Yet the biggest worry for devs, by a distance, was fragmentation, with 71% of those polled expressing concern with fragmentation in terms of widespread adoption with browsers.

So what is the overall conclusion?

“While there is much hype and controversy surrounding HTML5, it is clear that developers are not taking a ‘wait and see’ attitude,” notes the report, adding: “Rather, adoption and usage is on the rise for both mobile and desktop apps, and few developers doubt HTML5’s importance over the next several years”.

HTML5’s development is clear enough, but does fragmentation worry you?