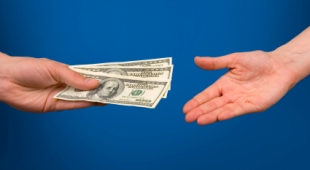 By James Bourne | 25th June 2012 | TechForge Media https://www.cloudcomputing-news.net/
Categories: Android, Developer, Development Tools,
James has a passion for how technologies influence business and has several Mobile World Congress events under his belt. James has interviewed a variety of leading figures in his career, from former Mafia boss Michael Franzese, to Steve Wozniak, and Jean Michel Jarre. James can be found tweeting at @James_T_Bourne.

It might be lean times for RIM, but it isn’t as lean for BlackBerry developers who can get regular work.

According to a report from market analysts Vision Mobile, a BlackBerry developer would earn more money per app than his contemporaries on iOS and Android, with the BlackBerry dev taking home on average $3,853 per month compared to $3,693 for iOS and $2,735 for Android.

It is worth noting here though that these figures only cover the bottom 95% of the developer community, meaning there will be devs in the higher threshold raking it in.

Further, only 4% of respondents said they developed for BlackBerry, which could arguably distort the figures somewhat as iOS figures could be diluted by many smaller developers, and similarly those who have stuck by BlackBerry through thick and (more often) thin are likelier to be earning the higher amounts.

The survey, with over 1,500 replies, also noted that iOS apps are the most expensive to build, with the average iOS app costing just over $28,000 and taking three months to complete.

Elsewhere, the report states 57% of developers plan to adopt Windows Phone in the future, despite disappointing sales.

Vision Mobile calls Windows “the new cool” despite adding a note of caution that “it becomes clear converting intention to adoption is not a given”. Windows Phone needs to capitalise on this developer interest sooner rather than later, therefore.

The report also touches on the belief that 2012 will be a year where consolidation overcomes experimentation, with BlackBerry heavily losing developer mindshare due to squeezing from iOS and Android.

Mindshare was calculated on the basis of the top 10 platforms developers used, not counting their main platform. Android had 76% mindshare whilst iOS had 66%. BlackBerry struggled on 45%.

News last week that a developer named ‘businesscat2000’ cracked various iOS apps for the struggling BlackBerry PlayBook was interesting as it may open up avenues for developing apps for both operating systems.

But what do you make of these figures and do you agree with the broad demographic? Why do you think there are so many developers wanting to at least try with Windows Phone and – presumably – abandon either iOS or Android?