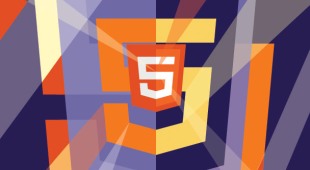 By James Bourne | 31st July 2012 | TechForge Media https://www.cloudcomputing-news.net/
Categories: Development Tools, HTML,
James has a passion for how technologies influence business and has several Mobile World Congress events under his belt. James has interviewed a variety of leading figures in his career, from former Mafia boss Michael Franzese, to Steve Wozniak, and Jean Michel Jarre. James can be found tweeting at @James_T_Bourne.

Following the supposed ‘split’ between the World Wide Web Consortium (W3C) and the Web Hypertext Application Technology Working Group (WHATWG) over their visions for HTML5, the W3C has made strides in reinforcing their canonical specification.

The W3C has appointed four editors for their spec, aiding the consortium in their quest to develop a stable standard for HTML5 by 2014.

The editors in question cover a wide range of the spectrum:

HTML Working Group co-chair Paul Cotton wrote in a public message that the four were selected from “a large number of applications”.

According to W3C’s Ian Jacobs, the appointment of four editors was a necessity.

“We have a lot of work to do”, Jacobs said, adding: “We have every intention of reaching our announced deadline of 2014, so the more we can invest in the work of the HTML Working Group…the faster we can go.”

W3C is also hiring additional staff for its testing facilities, and is awaiting confirmation of the editors for the Canvas 2D spec.

“For some time we have felt we should be devoting more resources to the group, so what I’m pleased to see is that the membership has really stepped up and helped us out”, added Jacobs.

‘Programmed transition’, not a split

This has all come about after what Jacobs called a “programmed transition” back in April between the two organisations shaping the content of HTML5; W3C and WHATWG. Essentially, the duo are continuing to pursue the standard, but taking different approaches to it.

Ian Hickson, who is now working on WHATWG, had said: “Not long after [the naming of HTML5], the W3C side of this effort decided to split their version into subspecs.

“The result was an increasing confusion of versions of the spec, so we eventually went back to just having a single spec on the WHATWG side,” – or in other words, the ‘living standard’.

Jacobs said in response: “We [W3C] will be continuing to work with the WHATWG and others on the spec, and the new features, and not just in that group but in a bunch of W3C groups and that we’re still very dedicated to the HTML5 project.

“The big story that we’re hearing is there’s a split, but infact what we have is an ongoing partnership,” he added.

To avoid unnecessary confusion, WHATWG has dropped the number from their spec and are simply calling it HTML, to represent its evolution. W3C still maintains HTML5 as the archived standard.

A spectrum of needs

Elsewhere, other important news to come out of the W3C is sponsorship from Adobe, Google and Microsoft in maintaining the HTML Working Group’s full range of activities and bolstering the number of staff.

According to W3C’s Ian Jacobs, the sponsorship showed “a strong commitment from the membership to that project”.

One debate which raised itself concerned whether browsers would be able to keep up with the evolving WHATWG standard, and questions over which standard developers will go for.

But according to Jacobs there should be no difficulties involved.

“I think there’s a spectrum of needs,” he noted, “and some people will be very keen, whether it’s for procurement or because they just need to identify a stable version, [to] use that one.

“Other people who are cutting edge will use the newest features to try them out wherever they come from.

“It’s an ongoing rich environment on the web, so for people who want the patent protection of the W3C standard, they’ll turn there”, he added.

HTML.next – the future beyond HTML5?

Jacobs was keen to discuss the community-based efforts of HTML.next.

As part of the Working Group’s remit, Community Groups were launched almost a year ago as a way for people at W3C – particularly newcomers – to share ideas and build up a community which can then be proposed to the already-set standards.

One pertinent example was the Responsive Images Group, which is looking at serving images across different device screen sizes. There’s “not a guarantee that it’ll be taken up into HTML.next”, according to Jacobs, “but it’s exactly that kind of conduit we were trying to create”.

Another important service W3C provides is the developer-friendly WebIntents, which attempts to find a solution to the users’ expectation of seamless integration between connected apps.

“This is about the general idea [of] more and more devices interacting with the web that are more and more powerful, so leveraging their capabilities across devices is of great interest to people,” Jacobs noted.

So, evidently there is plenty of important stuff going on at W3C HQ. Do you think the transition of the two organisations is a good thing or not for HTML5?