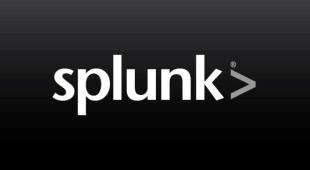 A frankly excellent 2012 for San Francisco’s big data intelligence darling Splunk is ending the year with the launch of two new SDKs for Java and Python.

Splunk has seen impressive growth since its inception in 2003, largely off the back of the increasing big data analysis needs of websites, apps, servers, networks and mobile devices that power much of the business world.

Its recent $229.5m Wall Street IPO put the relatively young company firmly on the map in the minds of a far wider audience than the data centre administrators it had been talking to up until then.

With the previously released JavaScript kit, the new releases bring Splunk’s total SDK count to three; one further package, for PHP, is still in public review.

“We want to empower developers to build big data applications on the Splunk platform and to understand that you don’t need large-scale development efforts to get big value,” said Paul Sanford, Splunk’s general manager of developer platform.

“That’s a key driver behind the development of these SDKs, helping developers quickly get started with Splunk software, leveraging their existing language skills and driving rapid time to value.”

The Splunk SDKs are built on a fully documented and supported REST API and include documentation, code samples, resources and tools to help developers build on the Splunk platform. With just a few lines of code, developers can easily manage HTTP access, authentication and namespaces.

Benefits include the ability to:

Socialize, the open source social activity service for app developers, uses Splunk to build custom dashboards for its users, enabling developers to access their application logs throughout the development process.

“We utilise the Splunk SDK for Python to allow our customers to access their application logs during the development process, which reduces our staff’s support workload,” said Isaac Mosquera, chief technical officer, Socialize. “The Python SDK is also a critical component of our alerting, enabling us to shut down servers before they cause a production problem and stop any revenue loss.”

Ease of use is an important factor when trying to build a developer community around a software platform, and requires a commitment to a low barrier to entry, explained industry analyst Donnie Berkholz from RedMonk. “This applies to every step of the adoption process, from download to documentation to development,” he added.

“Splunk’s focus on SDKs for some of the most popular programming languages, with underlying REST-based APIs, supports its commitment to enabling software developers to easily build applications.”