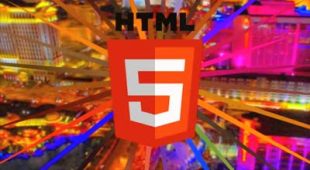 By James Bourne | 17th December 2012 | TechForge Media http://www.cloudcomputing-news.net/
Categories: Development Tools, HTML,
James is editor in chief of TechForge Media, with a passion for how technologies influence business and several Mobile World Congress events under his belt. James has interviewed a variety of leading figures in his career, from former Mafia boss Michael Franzese, to Steve Wozniak, and Jean Michel Jarre. James can be found tweeting at @James_T_Bourne.

The World Wide Web Consortium (W3C) has today published the complete definition of the HTML5 specification, allowing a more stable standard for businesses and developers to utilise.

“As of today, businesses know what they can rely on for HTML5 in the coming years, and what their customers will demand,” said Jeff Jaffe, W3C CEO, adding: “Likewise developers will know what skills to cultivate to reach smart phones, cars, televisions, ebooks, digital signs, and devices not yet known.”

The W3C had back in July announced their editors for the HTML5 spec, the current version of which can be seen here. The editors of the spec were Robin Berjon of W3C, Travis Leithead and Erika Doyle Navara from Microsoft, Apple’s Edward O’Connor and Silvia Pfeiffer, a specialist in HTML video.

2014 is the date for a stable HTML5 standard to be finalised – or, to use the correct term, moved to ‘Candidate Recommendation’ (CR) status – with the HTML Working Group finalising these plans in September, and it seems that things are still on target.

CR is used primarily to avoid browser fragmentation, and also ensures that the final HTML5 recommendation is royalty-free under the W3C patent policy.

The standard is going to be achieved by pushing any feature which doesn’t make the ‘Public Permissive’ candidate recommendation exit criteria – anything which is deemed ‘unstable’ – into a further draft to be known at HTML 5.1.

The W3C has also announced publishing of the initial draft of HTML 5.1, as well as the finalised Canvas 2D spec. HTML 5.1 was described as “an early view of the next round of standardisation”.

The relationship between the W3C and the WHATWG (Web Hypertext Application Technology Working Group) has been somewhat fractured this year, with the two organisations agreeing to pursue the HTML5 standard in different ways – the W3C maintaining the ‘static’ spec with WHATWG pursuing the single ‘living’ standard.

Indeed, the W3C thanks WHATWG’s Ian Hickson in the acknowledgements section of a press release released today.

Ian Jacobs, W3C head of communications, said that the HTML5 project was still running on time and was keen to stress interoperability as a vital factor.

Speaking to DeveloperTech, Jacobs said that this announcement will be a major stepping stone for developers over time, as they can employ the ‘write things once’ philosophy. More importantly, Jacobs cited Web Platform Docs, the one stop shop for developer information as a “huge boon” to devs.

HTML5 development is of course gaining traction; take into account a recent survey from Kendo UI polling a wide range of the developer ecosystem, with more than four in five devs seeing HTML5 as important to their job in the next 12 months.

Jacobs noted the potential of HTML5 in different markets. “There’s also an interest in the TV community – they really want HTML5 to be robust, and fit to their expectations,” he said.

Find out all the key HTML5 discussion and how to create compelling HTML5 apps at Apps World North America in San Francisco on February 7-8. Find out how to register here.