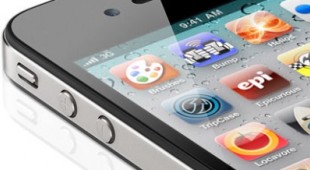 By James Bourne | 3rd August 2012 | TechForge Media https://www.cloudcomputing-news.net/
Categories: App Stores, Developer,
James has a passion for how technologies influence business and has several Mobile World Congress events under his belt. James has interviewed a variety of leading figures in his career, from former Mafia boss Michael Franzese, to Steve Wozniak, and Jean Michel Jarre. James can be found tweeting at @James_T_Bourne.

Adeven says plenty of iOS apps are unloved and unfound – but is this a fair assumption?

Analytics agency Adeven has claimed that a staggering 400,000 “zombie” iOS apps have never been downloaded and remain dormant in the App Store.

Given Apple announced in June that there are a total of 650,000 apps in the App Store, then that’s a pretty hefty number.

Berlin-based Adeven claims the figure of the zombie apps – in other words, an invisible app with no downloads or ratings – as it unloads its analytics Apptrace tool.

Apptrace, which is claimed to be “built by developers for developers”, is designed to deliver complete access of the app economy and features easy app tracking and monitoring.

According to Apptrace CEO Christian Henschel: “This is based on Apple’s closed system. You don’t have proper search, so the only way to discover new apps is through the top listing.

“If you’re not on those lists, it’s not sure that you’re being discovered by anyone else. If you’re an independent, small app publisher, then it’s really tough to be discovered”, he added.

This may be doing the App Store a disservice – there are search functions available, but it’s to be expected that most will flock to the top apps by category, which ultimately will mainly feature the bigger organisations.

The market leader in app tracing and analytics is App Annie, which is used by over 125,000 apps on the App Store. Keen.io and Count.ly are also competitive players in the app analytics sphere.

So, what’s the main tip? The most evident one is to, when possible, create an app which isn’t already out there and being made by someone bigger and better.

For instance, it appears there are approximately 1900 flashlight apps in the App Store, all presumably claiming to be the brightest and shiniest in the market.

Discuss these stats and find out best practice at the Developer Zone at Apps World, Earls Court 2, London, 2-3 October.

Is this a reasonable assumption for Adeven to make? Even though there are seemingly many redundant apps in the App Store, is Henschel going a little far off the deep end here?